Karim Benezema Net Worth? Karim Benzema is a football player, and is regarded as immensely talented when it comes to being a striker. He’s a French footballer and is a very important part of Spanish giants Real Madrid. If you don’t know much about the talented Real Madrid striker, here’s a bit more about him before we reveal his net worth!

Karim Benzema: Who Is He?

Benzema plays as a striker for Spanish side Real Madrid. Real Madrid plays in the top-level league in Spain, known as La Liga, and naturally, so does Karim Benzema. Born on 19 December 1987 in Lyon, France, the 32-year old is famous for his powerful finishes. He also plays for the national football team of France. He was introduced into professional football in 1996, when he started his career with Lyon, and was there till 2005. Benzema won three titles with them and started for them in the 2007/08 season. In 2009, he joined Real Madrid and has been with Los Blancos ever since.

His net worth as of 2020 is definitely going to quite high, seeing that he earns a lot at Real Madrid and in La Liga, there’s a lot of money involved. Karim Benzema’s net worth in 2020 is worth $40 million. His net worth has been calculating after including money from various brand endorsements, salary, and bonuses. 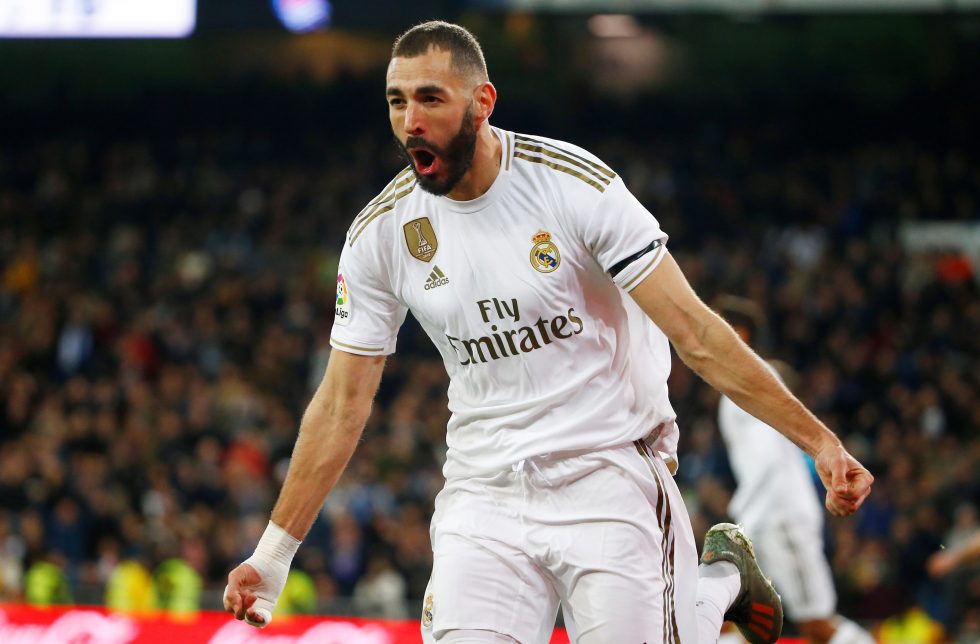 Benzema earns very well at Real Madrid as a striker. He’s a seasoned and well-experienced player. Currently, Benzema earns a whopping €£150,000 a week, along with bonuses. The information for bonuses is not available, but it adds up to a lot. He has had a new deal made with Real Madrid, and his contract will run out in the summer of 2021. Check out the rest of the Real Madrid salaries and full squad wages here!

The Real Madrid striker has been linked with Adidas for several years now, who he endorses for from time to time. He has appeared in some of their advertisements to promote Adidas products. However, Adidas is not the only brand he is affiliated with. He is also tied with other brands like Hyundai and EA Sports. He earns a lot from each advertisement or brand endorsements, which simply adds to his overall net worth. Check out some of his endorsements!

The 32-year-old French player is very active on Instagram! You can follow him on Instagram and his handle is karimbenzema. With a huge number of 33.2 million followers on Instagram, he has a big fan following and is highly influential. Moreoever, he often shares photos of himself playing and sometimes shares snippets of his personal life from time to time. Here are some of his best posts!

Benzema rent out the same home in which Ozil lived when he played for Real Madrid. His house is situated in La Moraleja, in the north of Madrid. It’s the premier location for many Real Madrid footballers since it is very close to the Training Grounds (Valdebebas). However, there isn’t a lot of information available on where he lives exactly and what his home looks like. However, he does post photos of his home on Instagram and other social media. He has two children who he lives with, one daughter named Mélia, and a son named Ibrahim! So, you can get a little sneak peek here!

The French striker has a massive collection of cars. Moreover, according to the Sun, he owns a grand collection of luxury cards worth 3 million! He has a Ferrari, Bugatti, and Lamborghini, which he loves very much. Here are his beloved cars!