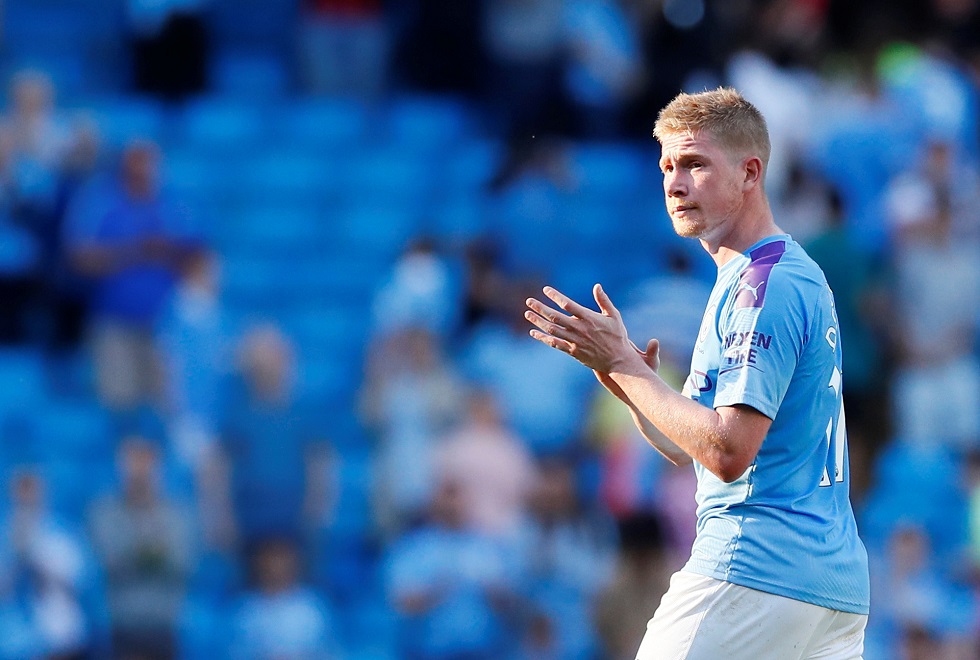 Pep Guardiola seemed to play down Kevin De Bruyne’s injury following the Belgian’s absence in the 2-0 win over Dinamo Zagreb.

The Tuesday fixture was the first game De Bruyne missed this season due to injury and could be left out of the weekend’s draw against Wolves as well.

The 28-year-old was ruled out because of a groin injury. Guardiola revealed its not that serious but doubts remain after the Belgian missed most of last season with injury. The City boss said, “It is not serious but he couldn’t play today. We’ll see for Sunday – right now I don’t know. We’re going to see if we take a risk. I think he will be fit after the international break.”

Kevin De Bruyne is leading City’s assist charts with 8 in the Premier League along with contributing 2 goals in 7 games. He has started off the campaign with a bang but fans fear an extended period on the sidelines like last term.

“You cannot believe how good he is,” Guardiola added. “He is an exceptional player with the work ethic. I miss him a lot our first year here when he had an ACL was out for more than six months. He’s one of the best signings our club has done in our history.”