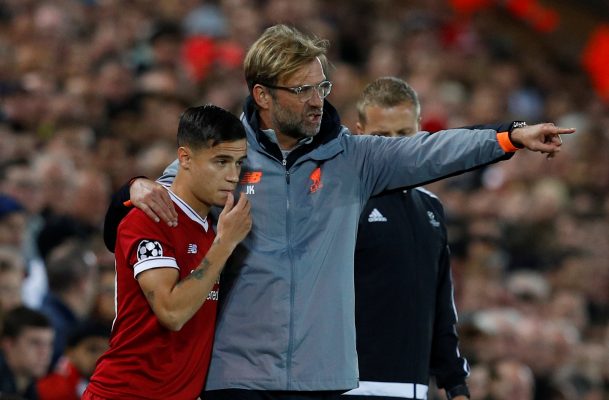 Philippe Coutinho completed a mega £142m move to Barcelona earlier this week. The Reds have been looking for options to replace the Brazilian.

Speaking ahead of the clash against Manchester City this weekend, Jurgen Klopp said he has his ‘eyes open’ as he looks for a replacement.

Liverpool are in the market for Coutinho’s replacement but will not pay ‘crazy’ money to get the player.

Riyad Mahrez has been the name that has popped up a lot. Alexis Sanchez has also emerged as a shock transfer target for the Reds. But they face competition from Manchester United and Manchester City.

Asked whether Chile star Sanchez could be targeted as a replacement for Coutinho, Klopp dodged the mention of the Arsenal star but said: “Replacement? First of all we have to replace him internally. We have our eyes open in this window but we won’t do crazy things. ‘If we do something… we don’t need to “replace” him, we need to step up. We have played fantastic football without Phil. We only have to carry on.”

When asked about bringing Naby Keita this month, the manager said, “There is nothing to say. He’s a player of Leipzig, that’s what I know.”