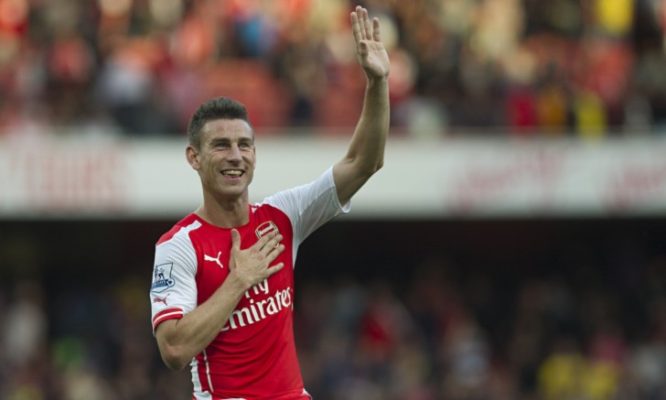 Arsenal boss Arsene Wenger admitted after the game that the defender is a major doubt for the huge Sunday game between Arsenal and Manchester United.

Koscielny made the sliding challenge during last night’s 3-2 defeat to Olympiakos and immediately rubbed the back of his right leg. He was substituted shortly afterwards.

This will be a huge blow to Arsenal’s chances who will have to choose from Per Mertesacker or Callum Chambers to replace him for the game against the current Premier League leaders.