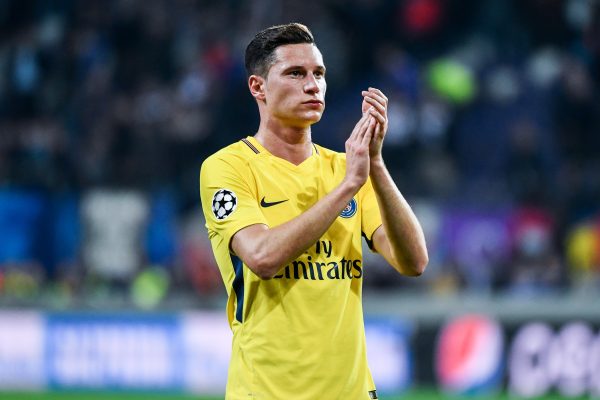 Leeds United are back in the Premier League and they have already signed seven players.

Now, they are aiming to make PSG’s Julian Draxler their eighth.

Led by an ambitious manager, Marcelo Bielsa, Leeds’ transfer strategy has been exactly what their boss promotes. They are looking to avoid relegation in their first season back after a 16-year gap. Signing top talents like Draxler could put them over the top from their rivals.

The German’s career has not panned out the way it was expected to at PSG. Once thought of as the next great midfielder, Draxler has managed to only rack up a rotational role in the French capital. However, he is still a decent footballer and could unravel his talents fully in a side like Leeds United.

He still rates highly on Joachim Lowe’s books and has 52 caps for Germany. Perhaps, playing regularly for Leeds might put him further up the pecking order on international duty. He has less than a year left on his PSG contract and the Peacocks can snatch him on a bargain deal.

PSG will find it hard to recoup the €42m they spent on signing Draxler, something that is very favourable for Leeds.