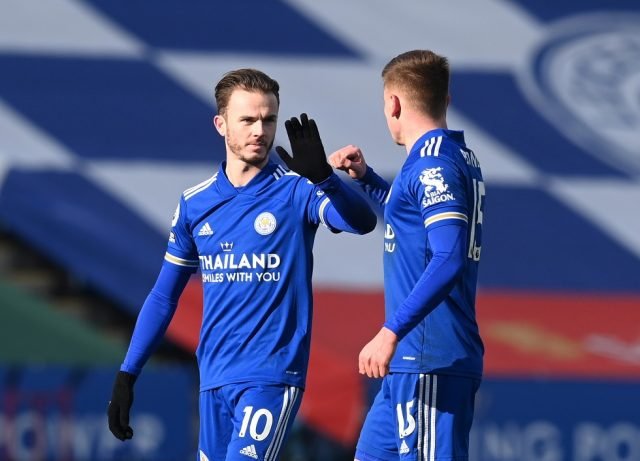 James Maddison believes Leicester City can bounce back into the title race.

Liverpool were beaten 3-1 at the King Power Stadium on Saturday.

Goals from Harvey Barnes, James Maddison and Jamy Vardy handed the Foxes an impressive three points. Leicester now sit level on points with Manchester United and are only 7 points behind leaders, Manchester City.

Maddison told LCFC TV, “We went behind, and credit to us because there were times last year where we would go behind. I think that’s something that we’ve really improved on, is that when we do go behind, we stay calm.

“We said before, if we go a goal behind that happens. It’s football. We’ve got the mentality now to understand that you do go behind in games sometimes, you’re not going to score the first goal and win 3-0.

“So, we went behind. Credit to the gaffer, we changed the system and then, if you noticed, we went to a little diamond. So, it was a lot narrower and a lot more central type players on the pitch, with Barnesy (Harvey Barnes) going up front with Vards (Jamie Vardy).”

Liverpool have fallen behind the Foxes by six points now and only one point keeping them in the top four.