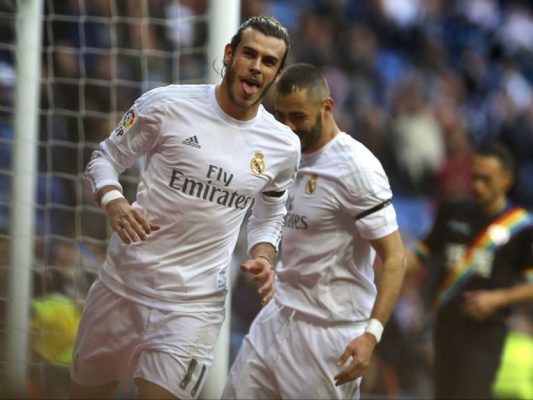 Man United will make Gareth Bale their number one transfer target next summer, according to reports.

The Wales international was impressive for his country at the Euros this summer and has slowly become a more important player for Real Madrid since his record-breaking move to Spain in 2013.

His performances since moving haven’t gone unnoticed back in the league where he started, with Man United now ready to launch a bid to bring him back to England next summer.

It’s far too late in the window for them to make such a massive bid but according to reports, they plan to try and sign Bale next summer as their next big star to join the club, after the signing of Pogba this summer.

Any bid that the Red Devils make could shatter transfer records and would no doubt have to be a massive bid to convince Madrid to part ways with the 27-year old star, especially with the La Liga side already trying to tie him down to a new deal.

The Spanish side are eager to begin fresh contract talks with Bale in a bid to keep him at the club for even longer and ensure that he cannot be prised away from them by any potential suitors over the next few seasons.

However, unless that deal is signed, United look set to make their move for the winger next summer to try and land yet another big star.