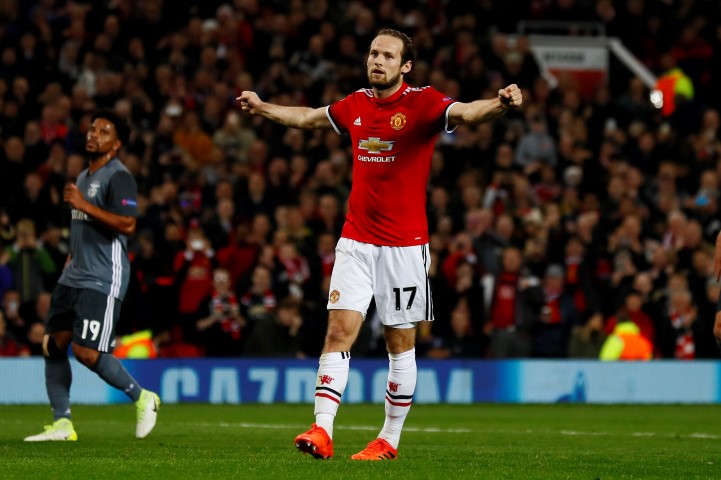 Manchester United have agreed a deal to sell defender Daley Blind to Ajax. Reports suggest that Manchester United and Ajax arrived at a fee of £14.1 million which could rise to £18.5 million.

The club released a tweet on Monday claiming that a deal has been agreed and further announcement regarding the deal will be made soon.

#MUFC has agreed terms with Ajax for the transfer of @BlindDaley. A further announcement will be made in due course. pic.twitter.com/XEvxEeOG2I

Blind joined Manchester United under Louis van Gaal. Van Gaal brought him to Old Trafford a few months after the 2014 World Cup where he scored a goal and provided an assist. Since then, he has made 141 appearances for United across all competitions, scoring 6 goals. However, last season he was was hardly present in the playing XI.

The 28-year old made just 7 league appearances and 17 appearances overall. Blind was not with the United squad when they were departing for Los Angeles for their pre-season tour. The other players missing were at the World Cup in Russia while Alexis Sanchez could not travel due to visa issues.

Previously, Ajax boss Erik Ten Hag vowed that he would do anything to bring Blind back to Ajax. Ajax was where Daley Blind began his professional career. Making his debut for the club in 2008, Blind made 143 appearances for Ajax till 2014, scoring 3 goals.