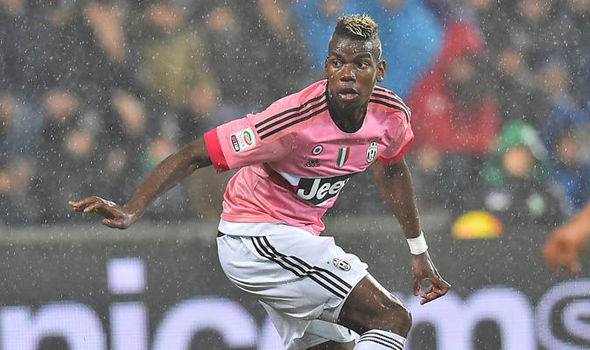 Juventus star is a wanted man

Manchester City are the latest club to be linked with making a mega-money move for Juventus midfielder Paul Pogba.

The Frenchman has been heavily linked with a move away from the Serie A champions for the last several months, but he snubbed a chance to leave them over the summer, rejecting a move to Chelsea.

It’s believed three clubs from the Premier League are interested in landing Pogba, with City now joining Chelsea and Manchester United, whilst FC Barcelona remain interested along with Paris Saint-Germain.

Pogba is believed to be wanting a move away from Turin this summer, as he feels it’s now the right time to leave the club and further his career.

The 22-year-old is grateful to the Italian club for taking a chance on him when nobody else would following his release from United, and that’s the reason behind him remaining at the club this long.

However, he is now considering his future and could now be ready to leave the club for a new challenge.

According to reports, in recent weeks Barca have cooled their interest due to the price-tag on Pogba’s head, and that’s left the Premier League trio with a great chance of signing him.

City are set to be taken over by Pep Guardiola in the summer, and he’s a huge admirer of the French midfielder and he’s expected to launch a formal bid as soon as he arrives at the Etihad Stadium.

With both Chelsea and United having uncertain futures regarding managers, City could use that to their advantage and attempt to get the deal done as soon as possible.