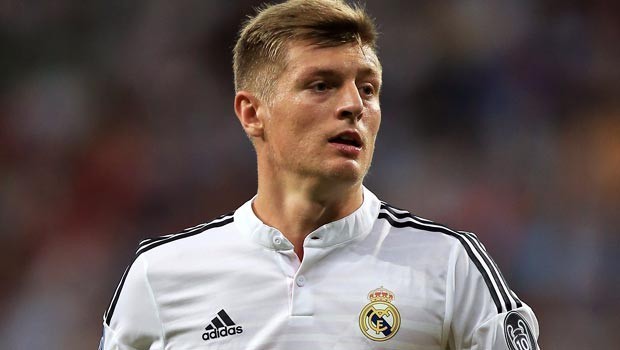 Manchester United are ready to edge ahead of Chelsea in the race for Toni Kroos by offering Real Madrid £40million for the midfielder.

The two Premier League sides have been strongly linked with the German international in recent months, with both sides plotting formal bids for him in the summer.

However, according to reports, Manchester United have taken the lead in the race to sign Kroos by telling Real Madrid they are ready to offer around £40m for the midfield-man.

United have highlighted Kroos as a main transfer priority for the summer, despite not knowing what their management situation will be like.

The Red Devils tried to land the World Cup winner back in 2014, but he eventually chose to join Madrid after leaving Bayern Munich.

A source close to the Old Trafford club has even revealed that Kroos is a top transfer target for them in the summer.

The source said: “United want him and he’s one of their main targets when the transfer window opens.

“Real are reluctant to do business with United, but with Kroos the situation is different because he hasn’t settled and could be surplus to requirements.”

United aren’t the only side interested in Kroos however, as Chelsea remain keen on signing him in order to bolster their midfield.