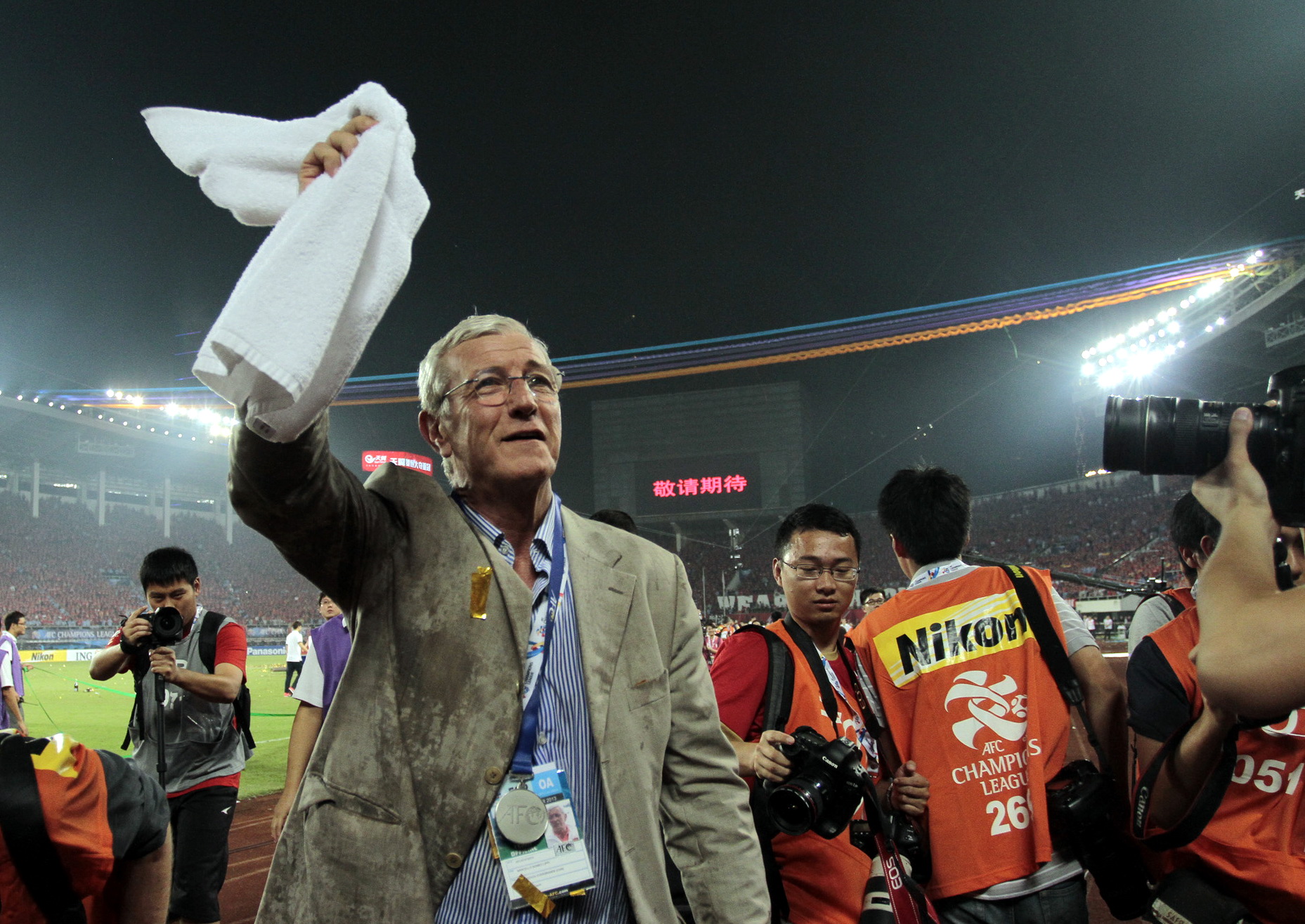 Former Italy manager Marcelo Lippi says Manchester United were lucky to register a victory against Juventus in the Champions League.

The Italian champions were on course to register their fourth consecutive victory in the Champions League courtesy to a brilliant Cristiano Ronaldo volley. But Juan Mata’s exquisite free kick drew level with a few minutes to spare.

And just when everyone was thinking of a possible draw an Ashley Yong free kick got deflected and gave Red Devils a very crucial here points. United inflicted a first defeat on Juventus who controlled the most of the game.

Sami Khedira missed a gilt edged chance while Paulo Dybala’s curled effort hit the woodwork. Jose Mourinho might have won the match but Lippi seems to be not convinced by his approach.

The World Cup winning manager said, “Anything can happen in a one-off game.

“Milan are improving, but they really need to have Gonzalo Higuain in the box, so they’ll hope he recovers in time.”

“That win was a fluke. Manchester United defended for 85 minutes, could’ve conceded four goals, Juve hit the woodwork twice, then they won with a free kick and basically an own goal. Juve will be very angry at their first defeat of the season, especially losing it that way.

“Massimiliano Allegri is one of the best Coaches in the world. It’s not easy to win everything he has, not to mention reaching the Champions League Final twice. I can say that as someone who reached four Finals and unfortunately only won one of them.

“Allegri reads the game well and is smart with his substitutions. He makes sure everyone feels important and rotates the squad, because a truly big club needs to have 20 first choice players.