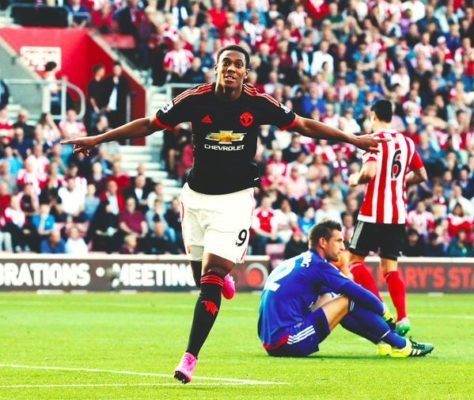 Monaco vice-president Vadim Vasilyev said earlier this week that another club had offered more money for Martial than Man Utd and the Manchester Evening News says that club was Chelsea.

19 year old Anthony Martial has had a great start to his United career having already scored 4 goals and according to Vasilyev going to Manchester was “his dream”.

This evens the transfer window score up between Man Utd and Chelsea after Chelsea beat them to the signing of Pedro earlier on in the summer.

Martial ‘wanted to go to Manchester’

Monaco vice-president Vadim Vasilyev said “There was another club that offered even more than United.”

“I will not say how much, but the fixed price, without variables, it was even better. And also they offered us to have him for a further year in Monaco.”