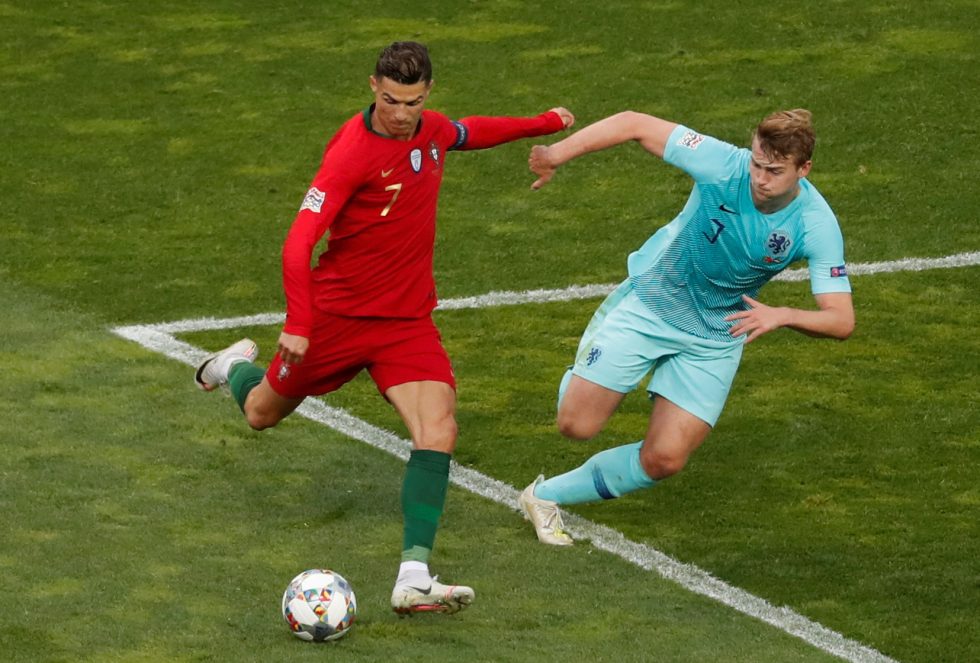 Cristiano Ronaldo took the opportunity after winning 1-0 against the Netherlands in the United Nations League final last night to lure Matthijs de Ligt to Juventus.

The 34-year-old forward collected yet another international trophy with Portugal as Goncalo Guedes smashed in the winner from right outside the box at Porto. De Ligt still ended the 2018/19 season on a high note leaving six European giants chasing after his signature including Juventus.

The Serie A champions are competing against the likes of Liverpool, Manchester United, Paris Saint-Germain, Manchester City and Barcelona for de Ligt. The Ajax centre-halfs market value skyrocketed after his club’s successful run to the semi-finals of the Champions League.

Ronaldo wasted no time in approaching the teenage star after the game, as admitted by de Ligt himself. “I didn’t understand him at first. I was a little shocked, so I laughed. But I didn’t say anything,” he told the Netherlands’ NOS television.

His country’s defeat in the final swung the mood away from transfer talks, as he explained, “So soon after the game, you are not at all concerned with it. You are disappointed that you have lost and that is the only thing you are thinking about. I don’t mind that. The transfer period starts in a while, so I will first go on a nice vacation and rest. I will let it happen and then I will see.”