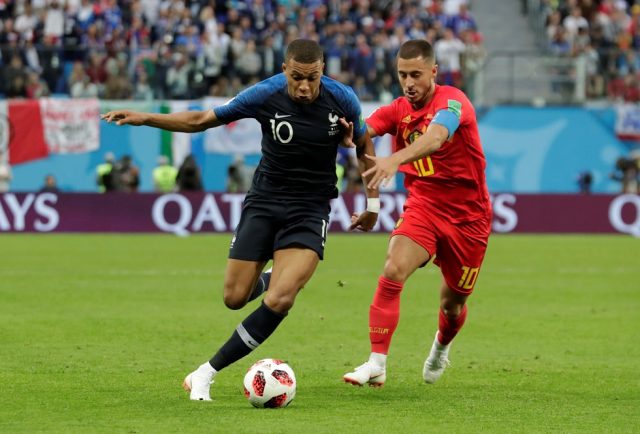 Kylian Mbappe has revealed that he would like a PSG move after the 2020/21 season.

According to The Times, Mbappe wants to move to either Premier League or La Liga. Currently, he is being pursued by La Liga giants Real Madrid as a transfer target.

PSG signed Mbappe in 2018 from AS Monaco for around £165 million – becoming the highest ever for a teenager. So far, he has had 124 appearances and 90 goals for PSG – a highly impressive amount.

Hence, it is obvious that PSG don’t want Mbappe to leave them, but the 21 year old has reportedly given a year’s notice to the club.

He also admires Liverpool, which is why his wish to move to PL isn’t so surprising either.

“What Liverpool do in this moment is amazing,” the World Cup winner had said back in January.

“Performances like they have been having don’t just happen. To be as ruthless as they have been would come from lots of hard work in training and from having a very good manager.”