Lionel Messi is arguably the best player of all time. Well anyway he is without doubt one of the two best players. Only Pele reached the same level of genius and honesty on the pitch and humility off it. At his club Barcelona, he has been joined by two other footballing geniuses to create the greatest attacking line up of all time. All three of them are at the Copa America currently being held in the USA. So how could fans at these games be disappointed with the presence of these footballing Gods….well read on..

You never really know where your material for your next article will come from. Sometimes it is from a breaking news story or the review of a recent game but in my case I was about to write my article based on a non-event! I started writing my post while watching the Argentina vs Panama game in the early hours of this morning. The non-event in question was, for the sixth game in a row, there was no Messi, Neymar or Suarez. It was a huge disappointment for the fans, the media companies covering the games were filming the bench every couple of minutes. Messi would scratch his head in confusion and Suarez was beating the transparent perspex separating him and his manager as neither could understand why they weren’t allowed to play. They hadn’t played not even one minute between them and we were up to 512 minutes of football without seeing these gods of the game. That barren run, thankfully was just about to come to an end. After more than an hour of a dull and uninspiring performance by Argentina against ten man Panama, we finally had a breakthrough! Here is the run down of what happened next…

62nd minute, Messi is brought on to the biggest cheer in the whole competition so far and receives a standing ovation before he starts playing!

67th minute, Messi picks up a loose ball in the box and with the best left foot in the world sends a great curling shot low into the right hand corner of the net 2-0

78th minute, Messi is brought down about 10 metres outside the box. He takes a magical bending free kick pin pointed in the top left hand corner. Pure brilliance 3-0

87th minute, Messi runs on to a defence splitting pass, skilfully dribbles past the huge Panamanian captain and shoots low past the keeper’s right side, hat-trick Messi 4-0

90th minute, Messi from just inside the Panama half sends a superb delivery right up to Roja who is almost on the Panama goal line and his simple header back sets up Aguero’s tap in… Argentina 5-0

95th minute, After the game a fan runs on the pitch and is immediately rugby tackled to the ground and roughly man handled by security staff. Messi on seeing this goes over to check the fan is okay and to get the security guys to ease off the fan a bit. This kind of act shows what an amazing and unique character he is and distinguishes him from other superstars like Ronaldo or Zlatan whose arrogance is as famous as their ability.

It has been repeatedly reported that the lack of using a country’s best players is due to pressure and intervention from club mangers and owners. How many times have we heard Arsene Wenger and other Premier League managers bemoaning their injury lists and blaming it on international matches. 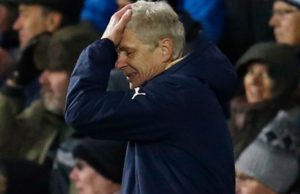 We will obviously never find out the truth of the matter, especially when it comes to the elite group of the world’s best players. One thing is certain and that is the players are not a part of these suspicious events. If you saw Suarez’s anger at not being given a chance to play, despite being the best player in his country or if you saw Messi sitting gloomily and in quiet frustration at not being called on to play until the last 25 minutes of the Panama game then you will know that all they want to do is just play!

There is however a solution to all of this. The only way to keep club managers and owners quiet is to make their players wear the new line of protective clothing. This may go a little further than the traditional shin pad as I am talking about Zorbing outfits! Hard as they try but Sergio Ramos or the hard men of Albania and Slovakia will have a tough time trying to hack down Messi or Neymar or any other players wearing these suits! 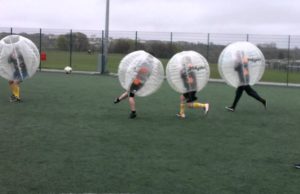 I hope either Colombia or Mexico or now Argentina with Messi, or any one of the nations using their best players actually go on to win Copa America. This will in turn defeat the club over country bias and give the championships the stage it deserves. But if Messi now goes back to the bench again I will stop watching Copa America overnight and immediately cancel my subscription to the channel covering the Tournament.