Batshuayi joined the Blues from Marseille in the summer, having netted 17 goals in Ligue 1 just last season.

However, the Belgium international has somewhat struggled for some game time during his early stages of his career at Stamford Bridge.

The 23-year-old has made 17 senior appearances this season but is still yet to start a big game for the Premier League leaders.

However, when fans started to suggest Conte’s decision not to play Batshuayi regularly was disrespecting the striker, he insisted that was simply not the case. 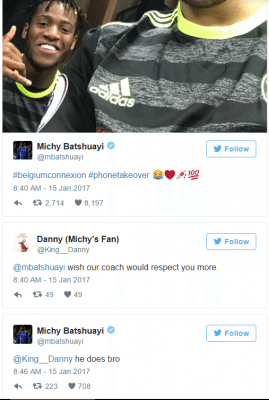