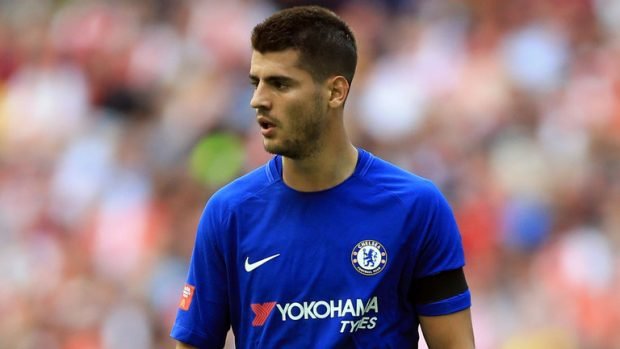 Marcos Alonso hopes to see Alvaro Morata hit a rich vein of form after the disappointment of being left out of the Spain squad.

Alvaro Morata was unhappy to be omitted from the latest Spain squad, according to Chelsea team-mate Marcos Alonso.

The 25-year-old’s dip in form, combined with a back injury, saw Antonio Conte experiment with Eden Hazard as a false nine and use January arrival Olivier Giroud in place of Chelsea’s record signing.

Alonso admits it has been a tough time for his compatriot but he is confident the former Real Madrid man, who was overlooked by Julen Lopetegui for this month’s friendly matches, will enjoy a strong end to the season.

“Alvaro wasn’t happy,” Alonso told a news conference. “He’s gone through a couple of difficult months because of a back problem. He’s at 100% now, he got back to scoring the other day…

“I hope he helps us at the end of the season. He’s really important and I hope he’s at the World Cup.”

Alonso could earn his first senior Spain cap in Friday’s friendly with Germany, having earned a spot in Lopetegui’s squad thanks to his form for Chelsea.