In modern football, it’s always the attacking players that get the praise and get the recognition, so we thought we’d put together a list of the most clean-sheets for one goalkeeper this season.

It’s very rare a goalkeeper wins any individual awards or gets specific praise above the outfield players, but not at sillyseason.

Top 10 clean-sheets so far this season

Here are the top-10 clean-sheets so far this season. 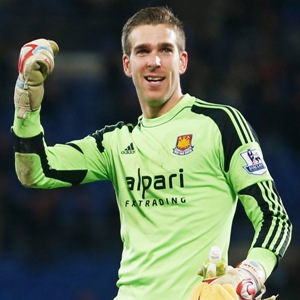 The Spanish stopper Adrian sits tenth in the list for West Ham United.

The goalkeeper has started in every single Premier League game so far this season for The Hammers and has eight clean sheets to his name.

Adrian kept his first ever Premier League clean sheet back in January 2014 during a 2-0 away win against Cardiff City.