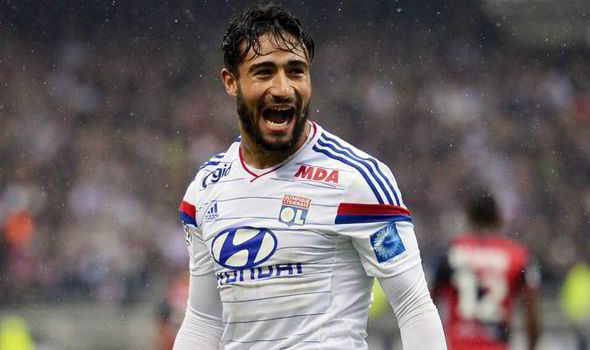 French winger Nabil Fekir is reported to have made a decision regarding his new club. The 24-year old had been strongly linked with Champions League runners-up Liverpool for quite some time. The Reds were hopeful of signing the Lyon player last month but the deal collapsed with the Reds being concerned about Fekir’s knee-injury history. However, Fekir denied such claims.

Since then, Liverpool have signed winger Xherdan Shaqiri from Stoke City but are still keen to acquire the services of the Lyon player. Even Lyon President Jean-Michel Aulas stated that Liverpool might be interested again in signing Fekir.

Recently, Manchester United and Real Madrid were clubs who have shown interest in Nabil Fekir. However, the Liverpool Echo suggests that a move to Old Trafford or the Bernabeu may not be possible because Fekir has his heart set on Liverpool. During the World Cup, Fekir brushed off the Liverpool move and claimed that he was happy at Lyon.

However, some reports suggest that Fekir will move to Liverpool if they bid for him again. At the World Cup, Fekir appeared as a substitute in 6 out of France’s 7 matches. He even featured during the final, coming in for Olivier Giroud in the 81st minute. France eventually won the match 4-2 and lifted their second World Cup.