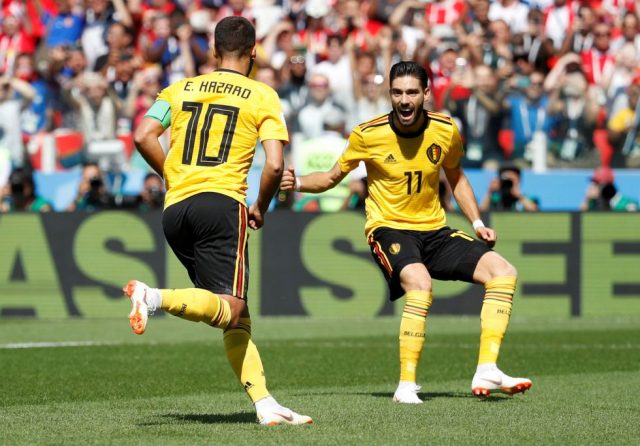 Carrasco arrives on a new four-year contract after spending the second half of the 2019/20 campaign on loan. He left for the Chinese Super League with teammate Nicolas Gaitan in February 2018 and after two years in Asia, wanted a return to Europe.

Carrasco did have to agree to a pay cut to return to his former club again. Atletico cannot possibly pay the Belgian the sort of money he was being offered in China but he insisted on the move. After only a year away from European football, Carrasco wanted to move back.

During his first spell with Atletico, the 27-year-old played 124 games on both flanks, scoring 23 goals and providing 17 assists. He featured in 16 games last season on his return, racking up 5 goal contributions. Carrasco still remains an important part of the Belgium national side with 41 caps and 6 international goals to his name.

Diego Simeone enjoys the player profile Carrasco encompasses. He is hard-working off the ball and technically very good on it. He can play on either flanks and even as a wing-back when required. From the string of unsuccessful transfers to cover the flank, Carrasco still is Atletico’s best outlet.