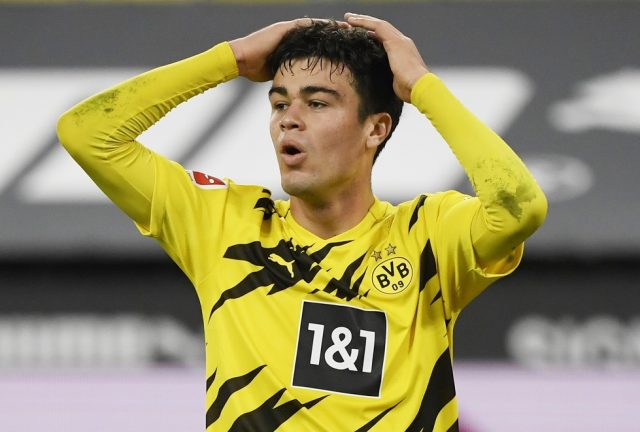 Breaking: Reports confirm that Giovanni Reyna has extended his contract until 2025! ✍️

The youngster is a part of Dortmund’s young core who has impressed lately. Breaking out from the club’s youth ranks, Reyna has not taken long to work his way into the senior team.

Now, he makes regular appearances either on the left flank or as an attacking midfielder. He already has 3 goals and 7 assists in 30 appearances for BVB and seem to be striking up quite the partnership with Erling Haaland up front.

Reyna is still only 18 years old and he is following in the path of his compatriot, Christian Pulisic. He got called up for international duty this month and now has 2 caps for the United States of America.

“Dortmund is a big club that can compete for trophies and plays in all of the big competitions,” Reyna said.

“Above all else, young players have the chance to develop here. I’ve already learnt so much in Dortmund and want to learn so much in the future too. I’m excited to be at Dortmund for the long term.”