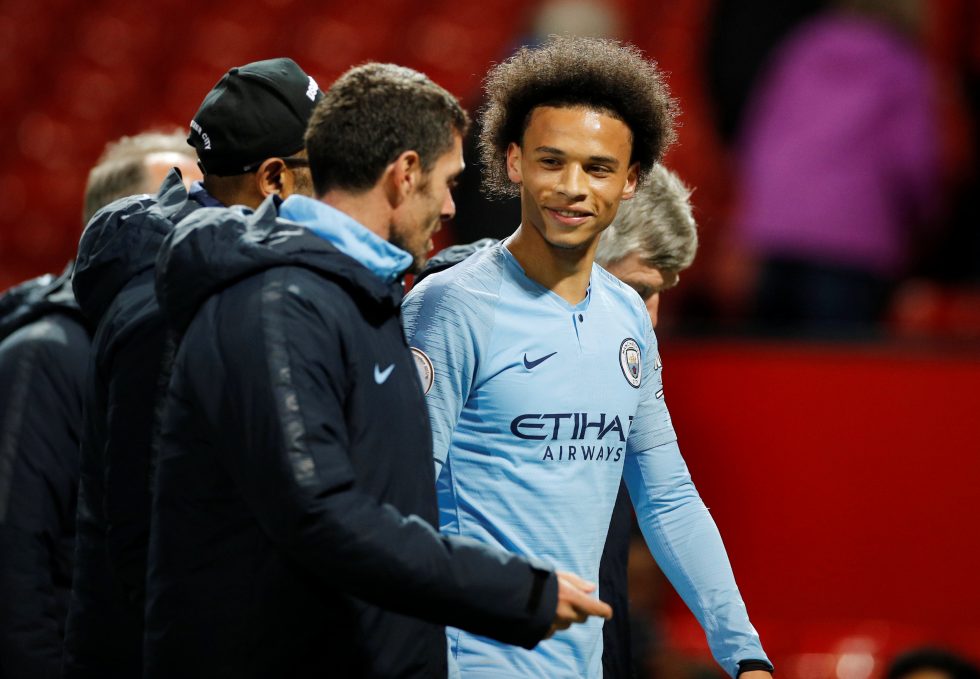 Pep Guardiola admits to being far too demanding of Leroy Sane who drove Manchester City to a crucial 0-2 victory over Manchester United with a brilliant goal last night.

The German winger has lost his first-team spot to Bernardo Silva this season but has often come on to affect matches like the one on Wednesday night. His pace and directness was far too much for the Red Devils defence to handle and Guardiola had nothing but praise for the 23-year-old.

“At half-time, Fernandinho had little muscular problems in both legs. I thought to put Leroy in maybe later but the way he came in was incredible,” Guardiola told a post-match news conference.

“In that position, he made our game quicker. Leroy attacking the byline is a special player. I am so demanding of him and sometimes I like to be critical of him. We know his potential and we want to help him to be more consistent in his game. Not just in his actions with the ball, without too, and today he was so good and played at a high level.”

The Citizens have moved up to the top of the table with only three games remaining in the Premier League campaign.

“It’s in our hands. Three games. We won the last 11, 18 of 19. It is incredible what these players have done so far but still we have a job to do,” Guardiola added. “If that victory happens in November and December, we can enjoy it more. Maybe tonight you can enjoy it but it’s over, it’s gone.

“You have to be focused. I know the people are going to talk about how beautiful and handsome we are, but now we have to go to Burnley and Burnley is always a tough, tough game to play.  But we are fortunate that it is in our hands. Win three games and are champions.”