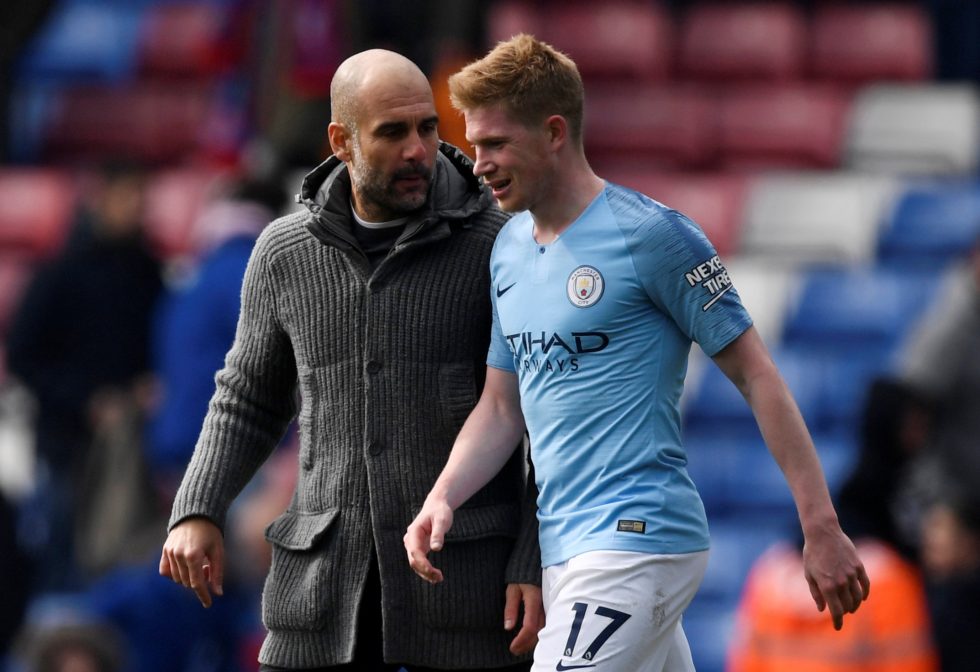 The Belgian performed brilliantly in the match against Crystal Palace.

Speaking to the media after the match, the Spaniard hailed his midfield ace. He said, “The last three or four games, he’s been incredible the way he played. We had missed him a lot.”

He added, “He has that ability and vision to see passes that the rest of human beings are not able to see. With him, our pace and our passes in front in the final third from his passing is incredible. Today he was so committed, defending, winning duels to be in that position. Of course, he is fresh mentally, and his legs too in that situation. That is why, not just for the two assists that were so important, but for all the other situations that we needed, he is so important for us in winning the game.”