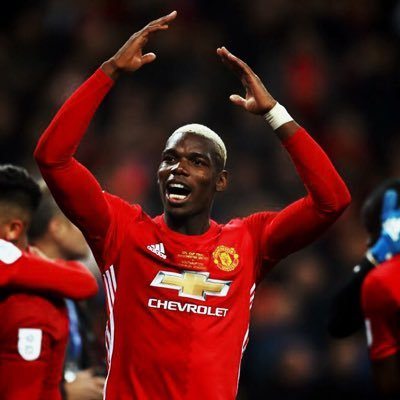 Manchester City may be 12 points ahead of Manchester United but Paul Pogba has refused to admit that the title is over.

United capitalised on City dropping points this week. City lost 4-3 in a thriller match to Liverpool and United comfortably won 3-0 against Stoke, thus reducing the points gap to 12 points.

While Pogba did not get his name on the scoresheet, he had a great game and provided 2 assist for Anthony Martial and Antonio Valencia.

Speaking after the game, the Frenchman said, “We see Man City are in front of us and they are losing. They are first so we always want to catch them so it was good for them to lose.

“But we have to think about ourselves and about winning. It is good that they lose points but we have to go back to winning because we lost a lot of points and we have to try and catch them again.”

12 points gap is still a lot but that has not stopped the French international to think about the Premier League this season. The Reds have a lot of ground to cover up and could definitely benefit from City dropping more points in the future.