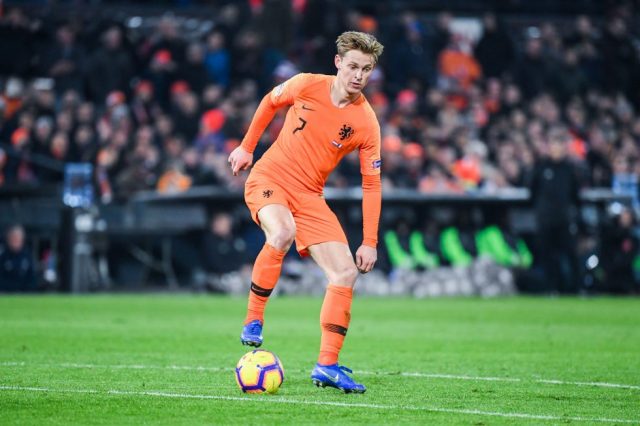 Poland and the Netherlands will fight it out in what will be the deciding match on Wednesday – who goes through and who doesn’t. Frank de Boer’s side thumped Bosnia-Herzegovina 3-1 on Sunday to go second behind Italy.

Poland are only a point behind but only a victory will be acceptable for them on Wednesday. Unless Bosnia can pull off a shock against Italy, the Netherlands cannot hope for a better positioning. Injuries to Virgil van Dijk and Nathan Ake have been a blow for them as they plan on extending their unbeaten run to five games.

Poland will have to answer back. They were top of the group after all but they were beaten in Reggio. Their hopes of qualifying for the finals remain very slim. Only a win over Oranje and Bosnia upstaging Italy will allow them to go through.

Watch & bet on games via live streaming online on the internet? Unibet and bet365 offer stream och bets on the best European football matches from many different leagues via live streaming. We will give you all info about stream, betting, tv and team news for Poland vs Netherlands online!. Watch & bet!

Poland vs Netherlands odds winner – (1 x 2) – who will win according to the odds?

Poland vs Netherlands will be played at Silesian Stadium on Wednesday, 18 November at 21:15 (CET)

This would be an interesting fixture between both sides since they last locked horns in a 1-0 showdown in September of the Nations League campaign. Who will win tonight’s clash at Silesian Stadium, Poland or Netherlands?

Poland will be without Jacek Goralski due to suspension following his sending off in the last game. Kamil Grosicki could fill out a wide role while either Arkadiusz Milik or Krzysztof Piatek gets featured centrally.

As for the Netherlands, Donny van de Beek is in line to replace Davy Klaassen in midfield. Donyell Malen could also take Luuk de Jong’s place at centre-forward.

Who will win Poland vs Netherlands? If you are looking to bet on this game, then there are several markets that are interesting. For example, a win for Poland has odds of 4.00 since they are not the favourites.

What’s the best odds on a Netherlands win and how high are the odds that there will be over 2.5 goals? Here, we give you all the info.

This is the H2H – head-to-head stats for Poland vs Netherlands:

This will be the 17th meeting between these two nations.

Poland has won 3 of the contests while the Netherlands have won 7. The other 6 games ended as draws.

Here are the past 5 meetings between these two countries –

Here we will give you an answer to the most frequently asked question about Poland vs Netherlands.