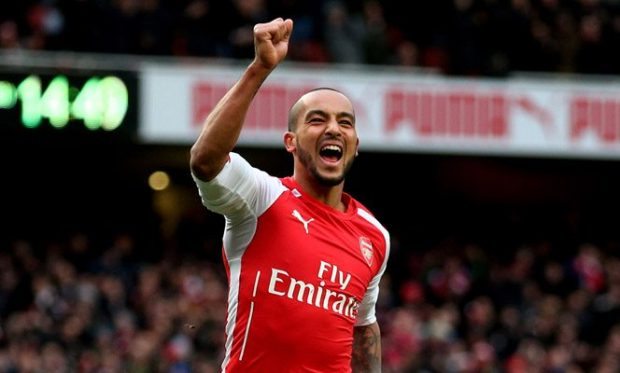 Arsenal are considering loaning or selling Theo Walcott this January as he grows frustrated with a lack of game time at the Gunners this season.

Arsene Wenger has used Theo Walcott sparingly this season after the arrival of new striker Alexandre Lacazette. Amazingly, Walcott has only played a total of 20 minutes in the Premier League in the last three months.

The Mirror report that Southampton, Everton and West Ham have all enquired about the underused forward, and it’s understood Wenger is considering loaning him.

Notably, Southampton are keen to take Walcott, where the England international began his career as a 16-year-old.

West Ham and Everton could also both use a fresh attacking influence in their squad, particularly Everton who have struggled for goals.

Walcott, 28, has spent the majority of his career at the Gunners but has lost a place in the team this season and has struggled to get game time even off the bench.

He has 18 months left on his contract but he could be keen on a loan deal given he will need to get ample playing time if he is to make a push to get into the England squad for the World Cup this year.

The England star is on a £140,000-a-week deal so it remains to be seen whether any of those clubs will match his wages.