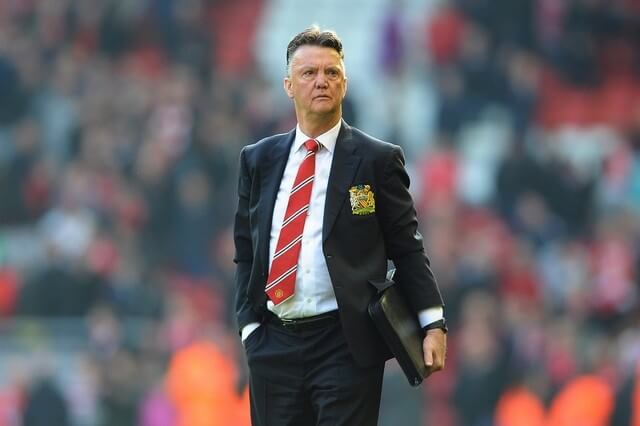 It has been another pulsating two-days of Barclays Premier League action, with the top-flight table now taking shape at the top and bottom of the league standings.

SillySeason will round-up all the key moments from the fixtures from both Tuesday and Wednesday night – you won’t want to miss it, so keep reading on!

ARSENAL MISS THE CHANCE TO GO CLEAR AT THE TOP:

It was goals galore at Anfield on Wednesday, as Liverpool and Arsenal shared the spoils in a 3-3 draw!

Liverpool were in front after ten minutes played when Roberto Firmino found the net after Petr Cech had parried Emre Can’s effort into his path, only for Aaron Ramsey to level four minutes later.

With 20 minutes on the clock, Firmino notched his brace when he curled a right-footed curling effort into the top corner from 25 yards out.

Olivier Giroud restored parity once again as he he turned the ball in from a corner after 25 minutes, beating Simon Mignolet at his front post.

Giroud added his second of the game ten minutes after the interval, latching onto Joel Campbell’s neat pass to turn, and then drill beyond a static Mignolet.

Substitute Joe Allen had the final say in stoppage time at the end of the game – the Welsh international connected with Benteke’s looping header to squirm a volley past the dive of Cech, denying victory for Arsene Wenger’s title-chasers.

The North Londoners’ remain top of the league, having accumulated 43 points from 21 games, while Jurgen Klopp’s side are ninth.

LEICESTER CITY KEEP UP PURSUIT WITH A WIN AT SPURS

Harry Kane had the best chance of the game for Spurs, though his effort was tipped onto the bar by Kasper Schmeichel, in what was a frustrating encounter for the Lilywhites.

The game looked to be heading for a stalemate, but up-popped veteran defender Huth in the dying embers, who on hand to glance Christian Fuchs’ corner, which beat Hugo Lloris.

Chelsea and West Bromwich Albion played out a 2-2 stalemate at Stamford Bridge on the same night in the capital.

Cesar Azpilicueta gave the Blues a 20th minute lead when he turned in a cross from fellow full-back, Branislav Ivanovic.

Albion were back level 13 minutes thanks to Craig Gardner’s low skimming shot, but the hosts were back with the advantage as the clock ticked 73 minutes – Gareth McAuley prodding into his own net.

Tony Pulis’ Baggies scored a late equaliser, as James McClean arrowed a shot past Courtois to gain a point for the Hawthorns outfit.

Chelsea move up to 14th, while Albion remain a place higher in 13th in the table.

In another high-scoring affair, this time in south Wales, Sunderland won the big relegation six-pointer at the bottom in some style – winning 4-2 at the Liberty Stadium, as Jermaine Defoe struck a hat-trick for the Black Cats.

Defoe capitilised upon a mistake by keeper Lukasz Fabianski’s error to score after three-minutes, however Gylfi Siggurdsson made it all square from the penalty spot.

Kyle Naughton received his marching orders in controversial fashion before the break, but it didn’t stop the Swans going in front five minutes prior to the interval, as Andre Ayew side-footed into the corner.

Full-back Patrick van Aanholt leveled with a deflected effort which found the top corner – that strike was followed by Defoe netting another two to complete his treble, in a result which moves Sunderland up to 18th – whilst Swansea remain 17th.

Manchester City failed to make any ground on either Arsenal or Leicester City, as they could only register a  goalless draw with 11th placed Everton at the Etihad Stadium.

It was a good night for Stoke City – the Potters moved up to seventh in the standings with a comprehensive 3-1 victory over relegation-candidates, Norwich City at the Britannia Stadium.

All four goals came in the second-half, the first of which coming through Jonathan Walters five minutes after the break.

Johnny Howson scored for the Canaries after 55 minutes, however Mark Hughes’ side had victory sealed through Joselu and Ryan Bennett’s headed own goal.

And finally on Wednesday, goals from Shane Long and Dusan Tadic helped Southampton on their way to a 2-0 home win over Watford at St Mary’s.

There were also three games played on Tuesday night, with eleven goals scored.

Newcastle United came from behind on three occasions to secure a 3-3 draw with Manchester United at St James’ Park.

Georginio Wijnaldum pulled one back and Aleksandar Mitrovic’s penalty brought the Magpies level, only for Rooney to add his brace with ten minutes to play.

An injury-time strike from Paul Dummett salvaged a point for Newcastle, who drop to 19th following Sunderland’s maximum points.

Meanwhile, the Red Devils are sixth, two points off a Champions League place.

West Ham United moved fifth after coming from behind to win 3-1 away at AFC Bournemouth on Tuesday evening.

Harry Arter opened his top-flight account for the Cherries after 17 minutes, drilling home a long-range shot which found the far corner.

Dimitri Payet equalised in some style for the Hammers – the Frenchman bent a free-kick into the top left corner, past Artur Boruc in the Bournemouth goal, with 67 minutes played.

Payet turned provider with 74 minutes gone, feeding Valencia to tap in from close-range. Valencia netted his brace ten minutes later, when the Ecuadorian dipped a free-kick up and over the wall, leaving Boruc static.

Eddie Howe’s side drop to 16th after their home defeat.

VILLA WIN FOR THE FIRST TIME SINCE THE OPENING DAY

Aston Villa recorded their first win since the opening day of the season at home to Crystal Palace, at Villa Park on Tuesday.

Joleon Lescott scrambled a header over the line to confirm the win for Remi Garde’s side.