Premier League Team of the week by Silly Season. Here are the players who stood out in the Premier League this weekend. It was a very intriguing and at times dramatic weekend in the Barclays Premier League, with some terrific individual and team performances on show.

The best players this weekend

And now it’s time for us at Silly Season to pick the best 11 players from gameweek five, to create our very own team of the week – Silly Season’s Team of Week. 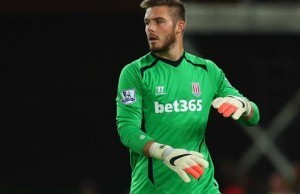 It’s not often that a player on a losing side earns a spot in our team of the week, but Butland does for his stellar performance in Stoke’s 2-0 defeat to Arsenal. The England ‘keeper continued his fabulous start to the season, with another string of superb saves, including an acrobatic save from Laurent Koscielny. The former Manchester United youth player got the ball rolling in Leicester’s 3-2 comeback win against Aston Villa, with a terrific flick at the near post, that was eventually given courtesy of goal-line technology. Although he was caught out of position for Aston Villa’s second goal. 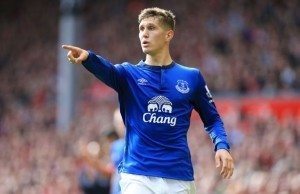 What a magnificent display this was from Stones, as Chelsea saw first hand why the Toffees were so keen to fend off their interest. Could he handle the pressure? Could he shine for his current club? The answer an emphatic yes. A powerful and dominant performance, where he nullified Diego Costa. He is proving himself to be arguably the best ball playing centre-half in the league. Surely Roy Hodgson must start him in next summer’s Euros? 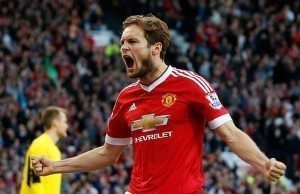 The Dutchman was tipped for another difficult afternoon up against Christian Benteke, but he turned out to be a deserved man of the match. He took his goal first time very well from a free kick, although Liverpool’s closing down was left to be desired. Blind also pulled off a tremendous goal line clearance, when United were just 1-0 to the good. The young 19 year old is thriving in the absence of Leighton Baines, and produced a display way beyond his years, up against the likes of Pedro and Eden Hazard. He also set up the first of Naismith’s goals with a terrific cross. Mason took his goal very well, with an excellent driving run from midfield. It was the first and only time Spurs truly unlocked the Sunderland defence, with penetrating forward passes. He slid in for the finish, and just got there ahead of Pantilimon. He was injured in the process, but he nor his manager won’t care one jolt as it gave Tottenham their first win of the campaign. 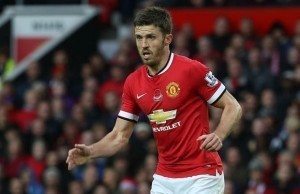 The 34 year old continues to go under the radar, with the likes of Schneiderlin, Schweinsteiger and Herrera around him, but he was instrumental in United’s win over their great rivals Liverpool. He rarely gave the ball away, and threaded a terrific through ball to Herrera who was fouled for the penalty. What a season the Algerian is having, starring again in the Foxes incredible comeback from 2-0 down to win 3-2 against Villa. He set up two, committed players, and almost single handedly drove Leicester back into the game, whilst the crowd became more raucous. When you see the amount of money that’s splashed around by clubs, the mere £330,000 the club paid for Mahrez is perhaps the bargain of the Premier League era. The Irishman is Norwich’s best creative player, and he proved it as he fired the Canaries to a vital win against Bournemouth. Even holding his shin pad, Hoolahan set up Cameron Jerome for a tap in to give Norwich the lead. He then deservedly got on the scoresheet with a low shot into the bottom corner. 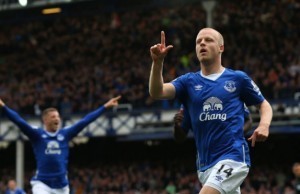 Well when you score a hatrick against the champions, it would be scandalous not to be included in the team of the week, and so Steven Naismith features. Three goals, and all were finished brilliantly by the Scot. He hasn’t always covered himself in glory at Goodison, but has now written himself into Everton folklore. 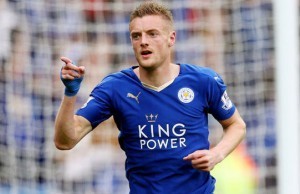 A third Leicester player makes the team, underlying their great form under Claudio Ranieri, and again it’s Jamie Vardy. The striker, who is looking likely to become an England regular, continues to find the net. He scored the equaliser on Sunday, a scrappy finish, but everything’s going for him at the moment.

What do you think of our selections? Think you could do better?

Write the changes you’d make to our team of the week below in the comments section.