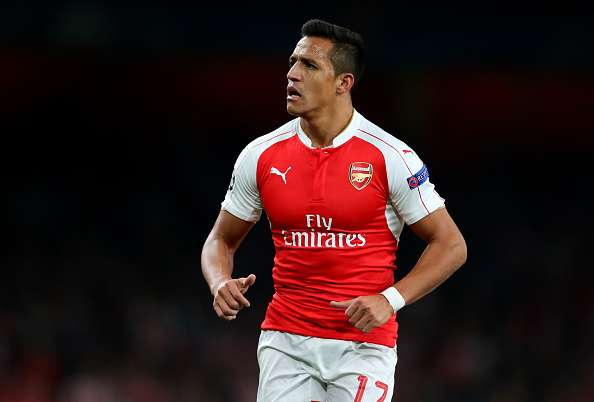 PSG are ready to make a huge bid to try and sign Alexis Sanchez before Man City beat them to it, according to reports in England today.

The Ligue 1 side have gone out and tried to sign as many star names as possible this summer so far after a rather disappointing campaign for the club in the 2016/17 season.

They failed to win the domestic title and were knocked out of the Champions League by Barcelona. However, they are determined to do better this new season and have already shown their intent by landing Neymar in a world-record deal.

They aren’t stopping there though and are ready to try and sign Alexis Sanchez from Arsenal next.

The forward has been a key player for the Gunners since his move from Barcelona and losing him would be a massive blow to the Premier League side.

However, it appears they are resigned to losing him, with the player himself yet to agree a new deal at the club despite their advances and with his deal running down and interest from across Europe, they may have to cash in while they can.

Man City have also been keeping tabs on the situation and have been eager to bring him to the Etihad Stadium. They certainly have the funds to do so and the lure of Champions League football and a potential title challenge to convince Sanchez to join.

Arsenal though are not keen on selling him to a rival English side and would much rather sell him elsewhere if they do decide to cash in. Step in PSG, who are willing to splash upwards of £80m on the Chile international to convince Arsenal to sell him.

If an official bid of that amount is lodged by the French side, then Arsenal may find it extremely hard to turn down such a large amount of money, especially with the player refusing to budge on his stance of not signing a new deal with the Gunners.

Although Arsene Wenger isn’t too keen to lose one of his star players and one of his main attacking focal points, the player himself looks like he wants out and PSG may be the best choice of club to sell him to, especially with such a large amount of money on offer from them.