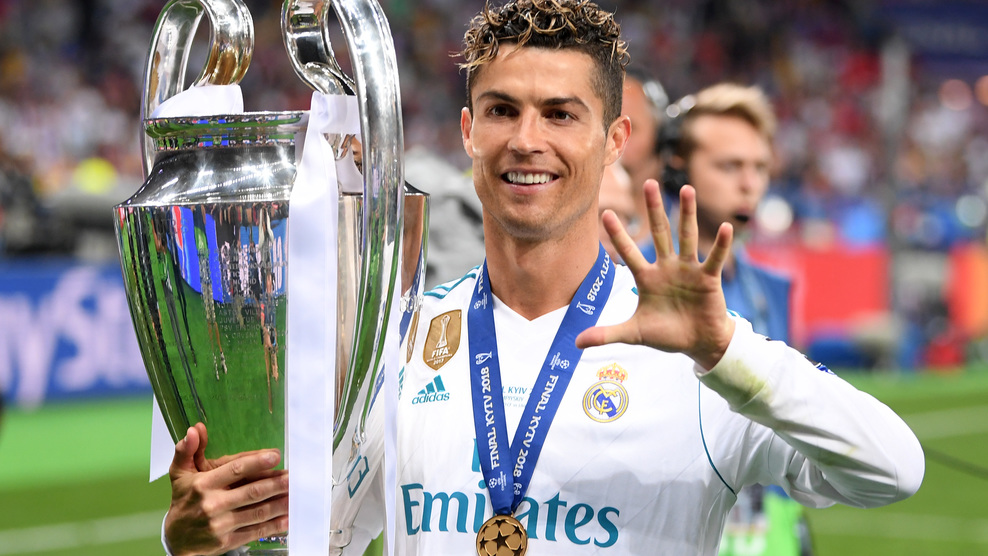 Real Madrid have granted a transfer request from Juventus for Ronaldo

According to reports from Spanish TV show Jugones , the Spanish giants have granted a request from Juventus for the Portuguese striker Ronaldo.

Ronaldo has been with the Spanish giants for last 9 years and will be allowed o leave the club in this ongoing transfer window. Marca, the spanish newspaper has also published the news on its front page which states that the deal will be very soon official.

Juventus has reportedly offered €100 million (£88m/$116m) deal for the Portuguese star. However the deal can see Juventus pay in wages of €30m a year.

Ronaldo has been in some sensational form while representing his country in the ongoing world cup in Russia. He scored 4 goals from 4 matches.

Ronaldo joined Real Madrid in 2009 at a world record price of £80 million (€94 million). his contract also had a buy-out clause of €1 billion. He made his debut at Santiago Bernabeu on 29th August 2009 and contributed in the match by scoring from a penalty spot thus resulted in a 3-2 win against Deportivo La Coruna. Representing Madrid his stats says why he is in demand. He has scored 450 goals from 438 matches representing the Spanish Giants across all leagues.

Ronaldo’s sell could mean the Spanish Giant can have the fund to pursue their long-term target Neymar, however Real Madrid had earlier denied making any offer for PSG star Neymar Real deny offer for Neymar