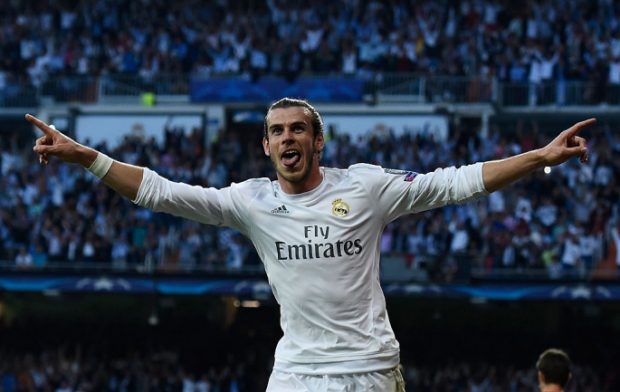 The Welshman is on the radar of Man United, who could now be given a boost in their pursuit of the player

Real Madrid are ready to let go of Gareth Bale to bring in Kylian Mbappe, according to reports.

The Welshman featured in just 27 games in all competitions for his club last season, due to a number of injuries and also due to the performances of other players in the squad like Isco, who kept Bale out of the starting eleven in the Champions League final.

That seems to be the Spanish side’s problem at the moment. The club continue to sign top talent, which means that other top talent is forced to sit on the sidelines or move on from the club and that could be what happens to Bale this summer.

Real Madrid are chasing yet another talented star in Kylian Mbappe, who has had a tremendous season for Monaco in the league and Champions League, as the club claimed the Ligue 1 title.

Mbappe is a wanted man and the French club have realised what a talent he is, so much so that they have slapped a fee of £100m on his head. It means that any interested club could have to pay a world-record fee to sign him.

It hasn’t put off Madrid, who, as always, are desperate to bring in the best players available. However, they have realised that to bring in the young forward, another player may need to be sacrificed.

Therefore, manager Zinedine Zidane is understood to be willing to let Gareth Bale leave the La Liga side to join any interested party. It’s a boost for Man United, who are keen to bring him or his teammate James Rodriguez to Old Trafford during this summer’s transfer window.

However, club chairman Florentino Perez is a big admirer of Bale’s and would rather Zidane sold Karim Benzema instead. He believes that Bale is the future of Madrid and that he will take Ronaldo’s place.

If Zidane gets his way, then Man United could land the former Tottenham star. He wouldn’t be cheap but the Red Devils are desperate to land a top star this summer and would be willing to pay what it takes to land the 27-year old if he is allowed to leave.