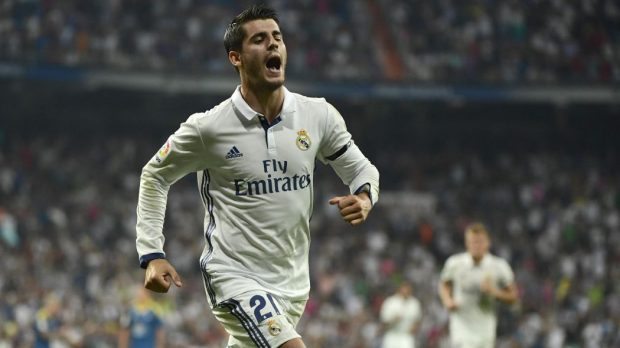 Chelsea’s chances of signing Real Madrid ace Alvaro Morata in the summer have been boosted, owing to the striker’s desire to play under Antonio Conte.

The 24-year-old is a top transfer target for Conte in the summer transfer window alongside Everton frontman Romelu Lukaku, with the Italian gaffer looking to bring a new proven goalscorer to Stamford Bridge even if Diego Costa does not leave.

Costa has been heavily linked with both a return to Spanish giants Atletico Madrid and a switch to a number of Chinese Super League clubs, but that it is understood that it is highly unlikely to affect the Blues signing another big-money striker.

According to the London Evening Standard, Morata looks to be the most realistic option for Chelsea, owing to his known desire to play more first-team football as well as his personal admiration for Conte.

Morata has scored 10 goals and grabbed three assists in all competitions for Madrid so far this term, despite finding starting games hard to come by this season.

The Spain international would prefer a move to Chelsea over his old club Juventus, who have also been linked, due to the presence of Conte and the player’s dream of living in London.

Chelsea have also been given hope of signing their former striker Lukaku, who could leave Everton even if he signs a contract extension with the Toffees this campaign.