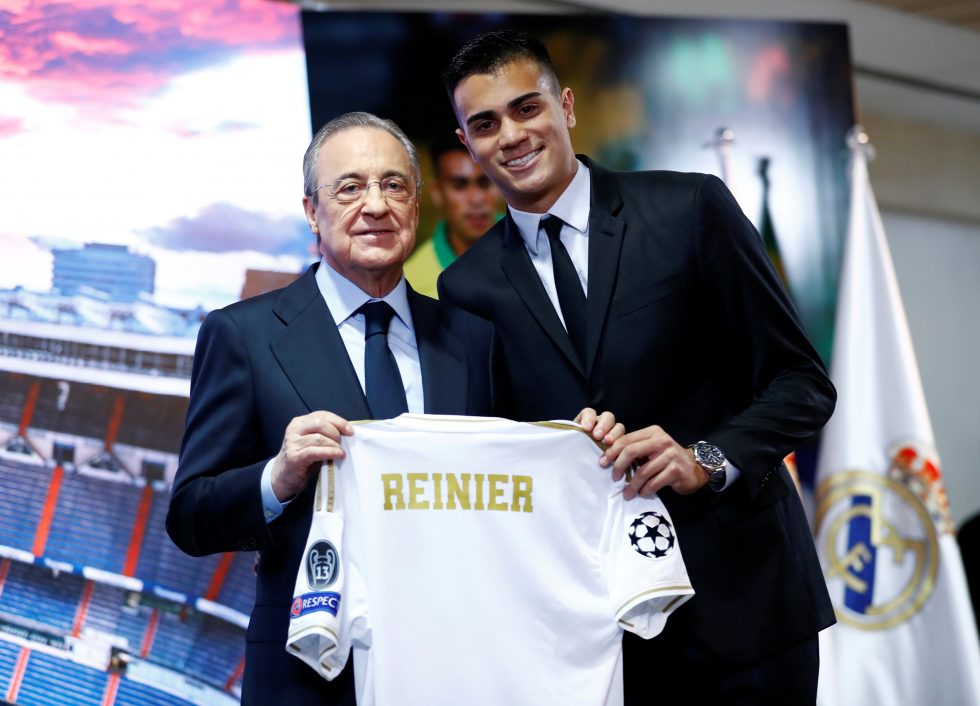 He is yet another Brazilian prospect who is being lined up to be a part of the Galacticos future. Real signed him for €30m from Flamengo on a six-year contract.

“Kaka is my hero, he’s Brazilian and I’ve always watched him,” said the 18-year-old upon putting pen to paper. “I’m really grateful to Kaka because I’ve been able to share time with him, he told me a series of things and he was a great player. I like to get into the box and score. I like playing one-twos. I want to be a part of the history of this great club.”

When questioned about his playing style, Reinier replied,  “I like to play short, with one-twos. I like to shoot, get into the box, and dribble. I like having efforts on goal and the key elements, scoring and setting up my teammates.”

The youngster revealed how well he was welcomed into the club by his compatriots Casamiro, Vinicius Junior, Rodrygo and Marcelo. He added, “I’m here, and happy to have the opportunity, from the bottom of my heart. I’m going to give it my very best, play joyful football and score and set up a lot of goals. That’s what I’m good at and what I love doing. I’ll give my life for Madrid, It’s a dream come true. Hala Madrid!”