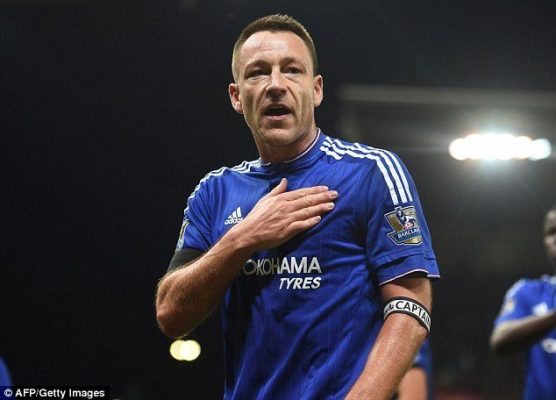 According to James Collins, retiring Blues Captain John Terry made him and Mark Noble a promise for if they beat Mauricio Pochettino’s title-chasing Tottenham

John Terry apparently promised the West Ham United team a ‘night out on the Chelsea lads’ on the condition that they beat Tottenham Hotspur.

West Ham’s victory paved the way for Chelsea to secure the Premier League title at the Hawthorns a week later, and according to West Ham defender James Collins, he and his team-mates had an little extra incentive to beat their rivals from north London.

Collins told blog.betway.com, West Ham’s sponsors: “John Terry text me and Mark Noble saying, ‘If you boys beat Tottenham there’s a dinner or a night out on the Chelsea boys,’ so that was nice.”

“But we wanted to beat Tottenham anyway. We’re lucky we did in the end looking at the result we got after that [a 4-0 loss against Liverpool].

“It was a massive result, it put us safe and obviously to beat our closest rivals at home was massive.”

Ruben Loftus-Cheek will ask to leave Chelsea in the summer