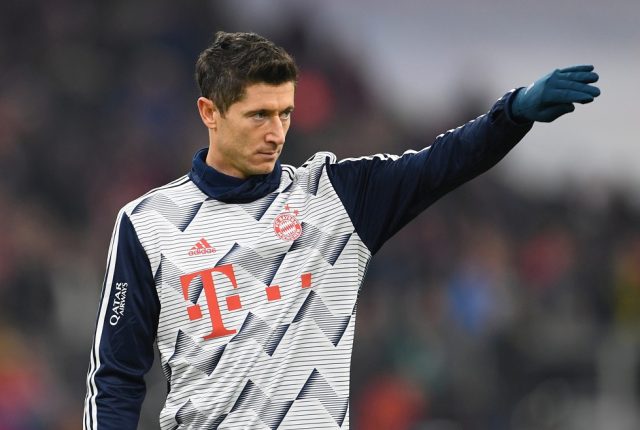 The Bayern Munich forward was at a loss for words after collecting his 41st goal of the 2020/21 season.

Muller held the record for 39 years, scoring 40 in the 1971/72 season. When asked for his reaction to the historic moment, Lewandowski said, “I have no words. I tried to score for 90 minutes, I tried everything – and it fell in the 90th minute. I am very, very happy,” Lewandowski told Sky Germany.

“I saw that Leroy had shot, then I just speculated. I wanted to score earlier, of course, but I knew that the situation would come at some point. I also thank my teammates for trying everything.”

“It was a special moment, it was historic. But I can’t even classify it so soon after the game.”

Lewandowski managed an incredible 10 shots in the 5-2 win over Augsburg and still could not score. It wasn’t until a rebound from the goalkeeper in the 90th minute that he finally found the back of the net.

“I wasn’t angry, but I was disappointed. I asked myself why the goal didn’t work out today,” he added. “Thanks again to my team, they are also on my record.”