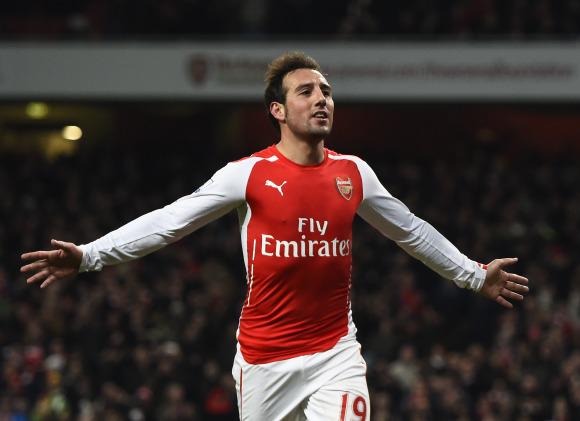 Santi Cazorla has claimed he would like to make the move back to Villarreal in the future.

The midfielder played for the Spanish club from the age of just 17 and featured for them over 200 times after two stints at the club.

It is clearly a club that he holds close to his heart, as he has today revealed that he would love to play for them again in the future. He said: “I do not rule out returning to Villarreal one day.

“Everybody in the world knows that Villarreal are a very special club to me.”

His current Gunners’ deal expires in 2017 and that could very well be the point that he decides to return to La Liga, with the midfielder currently aged 31 and nearing the latter stages of his career.

Out with an injury

However, he still has a part to play at Arsenal for the time being. He remains a favourite at the club but he has unfortunately spent a lot of this season sat on the sidelines with an injury.

He picked up an injury back in November and he has spent the last five months out of action.

Cazorla has though returned to full training with the squad and he could potentially feature at some point in Arsenal’s last few Premier League games.