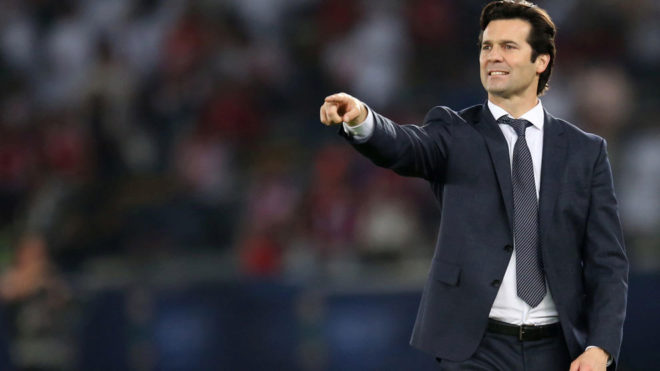 Plans for the 2020 MLS debut season at would appear to be advancing positively. Recruitment for the playing roster is gathering pace and just as importantly, the expansion side also have a head coach earmarked for their project.

Several high-profile managerial targets being linked with the post, although Santiago Solari now appears to be the leading candidate. BeIN Sports and DIRECTV commentator Carlos Suárez originally broke the news, which was then confirmed by Sam Stejskal of The Athletic, who reported that negotiations are taking place.

Inter Miami will be keen to make a flying start when the 2020 campaign begins, and there’s no doubt they’ll aim to be regular favorites amongst MLS betting predictions, once competitive action gets going at long last for the club. The right choice of manager will be paramount towards early success, making Solari a very interesting option. You can read more about the Major League Soccer here!

Approaching Solari about the role seems likely to be at the recommendation of Inter Miami president, David Beckham, given the two have remained firm friends since their playing days at Real Madrid. The Englishman will be glad to have a familiar face involved in his project, especially one who also ticks the right boxes in terms of suitability for the project’s focus.

Given how the Inter Miami roster ahead of the 2020 campaign, much of the emphasis thus far has been on signing highly talented U-20 players, along with an obvious leaning towards South Americans. Julián Carranza and Matías Pellegrini both hail from Argentina, while Christian Makoun is Venezuelan. More exciting prospects are expected to follow soon.

Solari’s youth coaching background at Real Madrid gives him vital experience in nurturing potential. Between 2013 and 2016 he was a youth team manager, before stepping up to manage the senior B team side, Real Madrid Castilla, in the third tier of Spanish football. In both roles, he played an important part in helping players through to the first team squad.

When Julen Lopetegui was abruptly sacked after a disastrous start to his managerial tenure at the Santiago Bernabéu, club president Florentino Pérez turned to Solari in October 2018. He improved results significantly, albeit not enough for the hugely demanding supporters. By March 2019 and with Zinedine Zidane lured back, Solari was fired.

In all fairness, the big job at Real Madrid was always a poisoned chalice for Solari. He inherited a squad in chaos and without Cristiano Ronaldo, who had departed for Juventus during the previous summer and with no suitable replacement signed. To his credit, Solari steadied the ship and put faith in several young players, who benefitted hugely from the opportunity.

Should Solari be appointed as head coach at Inter Miami for their debut MLS campaign, it will be an ideal match for both club and manager. There will be ambitious expectations, for sure, but nothing like the huge pressure of managing the Spanish giants. Instead, he will likely be given the time to shape his squad, nurture talented prospects and plan long-term.