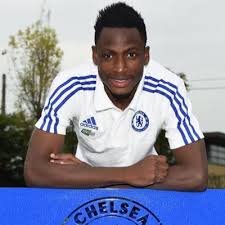 The-22-year-old is back at Stamford Bridge where he is currently undergoing rehabilitation from a serious knee injury at the 2017 Africa Cup of Nations.

According to reports the Ghana international wishes to talk to Chelsea before deciding his long-term future.

Schalke are reportedly adamant to sign the left-back on a permanent basis after being Baba impressed the club with his attitude.

“The injury has to be taken into account. Baba is completing his rehab on Schalke, where he feels well cared for.”

The-22-year-old Ghanaian failed to impress on his arrival in England, however, he enjoyed regular game time in the Bundesliga before sustaining the injury.

Ruben Loftus-Cheek will ask to leave Chelsea in the summer