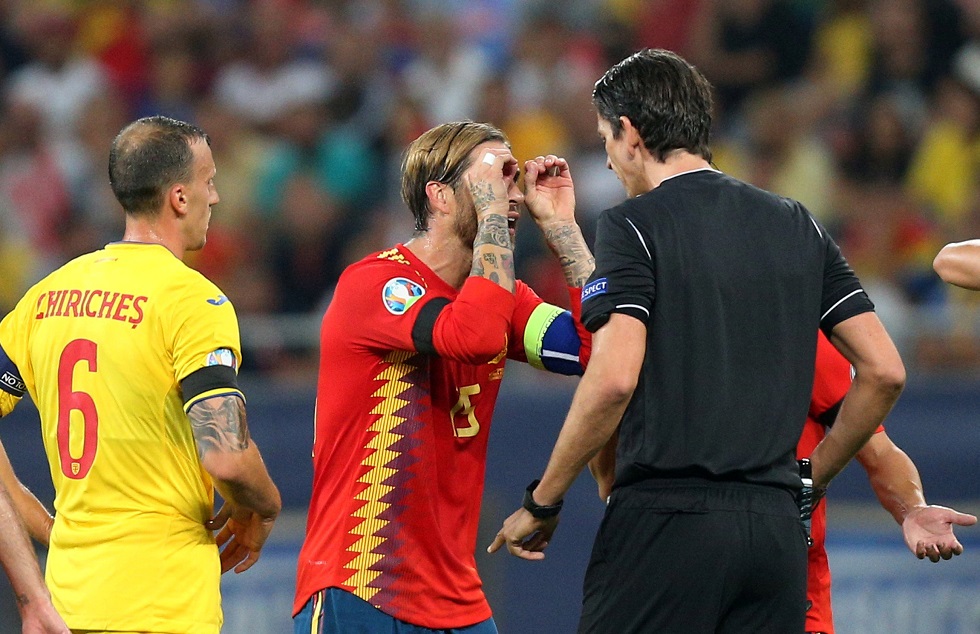 Sergio Ramos has told Spain teammates to stiffen up after Kepa Arrizibalaga was forced to make an incredible save to guarantee a 2-1 win over Romania in Euro 2020 qualifiers.

Ramos opened the scoring for his country and Paco Alcacer followed it up with a second. However, Cosmin Contra’s side were not letting up that easy as they pulled one back through Florin Andone.

Diego Llorente was sent off 11 minutes before the final whistle, giving the opposition number a huge advantage. Kepa made a terrific effort with his leg to keep out a late goal as Spain maintained a perfect record in the qualifying matches.

“We knew that it was going to be a complicated scenario,” Ramos said after the game. “Any national match has a tremendous difficulty, and it has been that way. Despite having made a great first half to leave with more advantage, it has not been so. We must learn to kill these matches, not to reach the end with fear of losing all three points.”

When asked about his booking, he said, “I already talked to the referee. It was to dedicate the goal to my nephew, who also wears glasses to see like me. It was to tell him that there is nothing wrong with wearing glasses. I was going to the camera. The referee understood, he apologised and regretted it.”

“Winning away from home and achieving the goal gives you that peace of mind,” Ramos added. “But we have not done anything yet because we want to be first in the group and add the 30 points. Now, to rest well and see if our hobby is easier.”