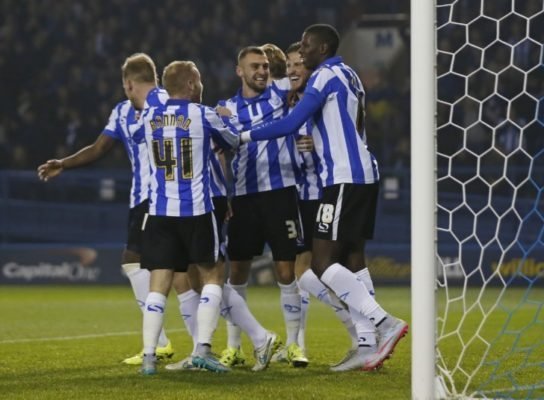 Championship side ease through Fourth Round with 3-0 win

Sheffield Wednesday stunned Arsenal tonight at Hillsborough with a 3-0 win thanks to a rampant first-half performance.

The Gunners got through by beating local-rivals Tottenham Hotspur in the third round, while Wednesday beat Premier League outfit Newcastle United at St James’ Park.

There were several changes made from Arsenal from the side that beat Everton on Saturday, with no Hector Bellerin, Laurent Koscielny, Gabriel Paulista, Nacho Monreal, Francis Coquelin, Santi Cazorla, Mesut Ozil or Alexis Sanchez.

The night started badly for the Premier League side as Alex Oxlade-Chamberlain limped off with seemingly a hamstring injury. He was then replaced by Theo Walcott, who also sustained an injury after failing to warm up properly.

With two injuries to two first-team regulars, it was already a bad night for Arsenal, and it got worse in the 27th minute as Ross Wallace turned home to give the hosts the lead.

It was a beautifully worked goal and it gave Wednesday a deserved lead.

Their lead was doubled five minutes before half-time when Lucas João headered home past the stranded Petr Cech and Wednesday went in at half-time 2-0 up.

Arsenal simply offered nothing in the second-half and in fact, they went 3-0 down when Sam Hutchinson bundled home from a free-kick.

A glorious night for Sheffield Wednesday, but a night to forget for Arsenal.