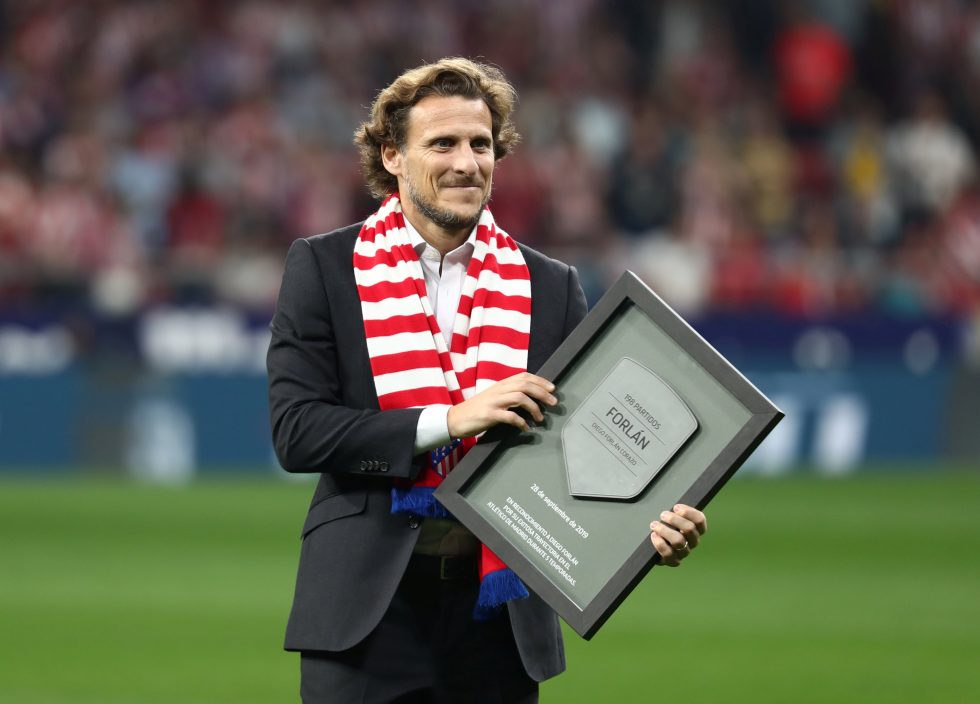 He has become the new head coach of Penarol.

Former Manchester United, Villarreal, Atletico Madrid and Inter Milan forward Diego Forlan has been appointed head coach of Uruguayan giant Penarol. He will replace Diego Lopez as the 40-year-old takes his first steps into senior coaching at his former club in Montevideo. The ex-Uruguay international, who amassed 112 caps, retired in August.

A Premier League winner at Old Trafford in 2003, Forlan started his youth career with Penarol before returning to the club in 2015-16, celebrating Primera Division success that season. “To me this is a huge joy, it is such an honor to be the person selected to be the leader of this project, of this club very important for me and for my family,” Forlan told reporters on Friday. “I am very honored and proud.”

Forlan, who also played for Brazilian giants Internacional, Japanese outfit Cerezo Osaka, India’s Mumbai City and Hong Kong side Kitchee before retiring, added: “Having traveled all over the world taught me a lot.

“How every country lives football, how the prepare for the day to day, how the cultural side affects the working tactics on the different teams. Then it is eleven against eleven inside the field but there are some things you have to realize that will not be the same in Japan, here in Uruguay or in Spain.

“I have learned a lot from all of them. I’ve learned a lot from the Spanish football, from the Italian football, from the Brazilian football. For me, that’s an advantage of having traveled all over the world and being able to learn it. To experience it and adding things because I don’t have a crystal ball, and neither do the Spanish or the Japanese. I think a bit of everything is important to do something better.”

Luis Suarez Net Worth: How Much Is He Worth?