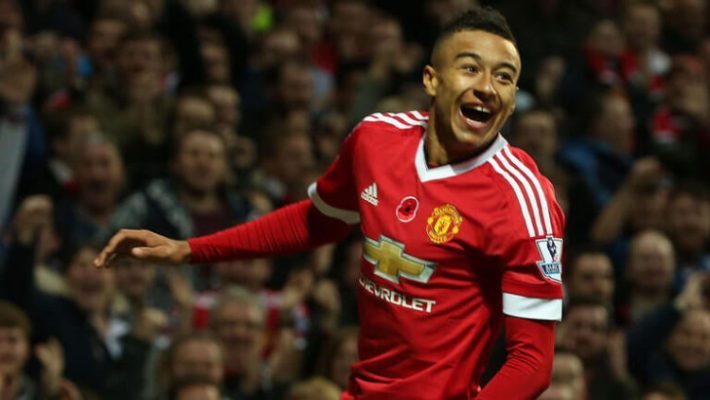 The interim boss could hand the United winger his debut

The closest Lingard has come to his senior debut was when former boss Roy Hodgson named the 23-year-old in his squad to feature in a friendly against France, just under a year ago.

However, there is a strong belief that the United star, who has featured just twice in the Premier League so far this season, could finally get his break at senior level, when England face Malta and Slovenia in their World Cup qualifiers, which start next Saturday.

Lingard and Rashford are set to be joined by teammates Wayne Rooney and Chris Smalling, for the upcoming qualifiers, while Ross Barkley could return to the squad, after failing to secure a spot in disgraced former boss Sam Allardyce’s one and only England squad.

However, that could be dependant on the availability of Adam Lallana, who had to come off with a knock in Liverpool’s 2-1 win at Swansea City on Saturday.

Rashford is set to return to the senior set-up after scoring a hat-trick on his under-21s debut against Norway, while having scored on his senior debut, also, earlier this year.

But one man whose fate is not known is Jack Wilshere. Allardyce left the Arsenal outcast out of his squad in England’s only game –  a World Cup qualifier against Slovakia – having made a shock loan move to Bournemouth on transfer deadline day.

Meanwhile, Southgate’s decisions could ultimately decide whether he is handed the England job on a full-time basis, with the former Under-21s boss in charge of the Three Lions for their next four games.