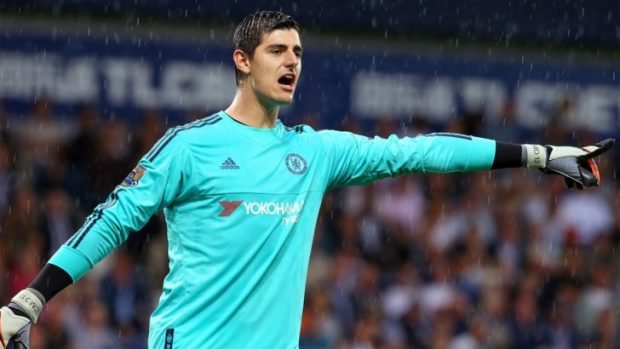 Goalkeeper could be heading for Chelsea exit

Thibaut Courtois has admitted that he doesn’t plan to spend the rest of his career at Chelsea.

The Belgian is currently on international duty at Euro 2016, but has been discussing his club future. He was signed from Genk in 2011 but loaned out for several seasons to Atletico Madrid.

He returned to Stamford Bridge for the start of the 2014/15 season, where he won the Premier League under Jose Mourinho. The following season, however, was a lot less successful. His sending off against Swansea in the opening fixture set the tone for a season where Jose Mourinho was sacked and Chelsea eventually finished 10th.

He yesterday listed a few clubs he admires in a press conference yesterday. He reeled off a host of European giants including Manchester United, Bayern Munich and Real Madrid before insisting he was happy at Stamford Bridge.

“That’ll never happen, I don’t think I will end my career there.

“I didn’t have [a favourite club growing up].

“In Spain I watched a lot of Madrid and Barca.

“In Germany I watched Bayern and Dortmund, in England, Arsenal, Manchester United and Chelsea, and in Italy Juventus and Milan.

“There wasn’t one favourite but I always wanted to play at those clubs.

“I don’t necessarily have a desire to play there, I’m already at a beautiful club, Chelsea which I always admired.