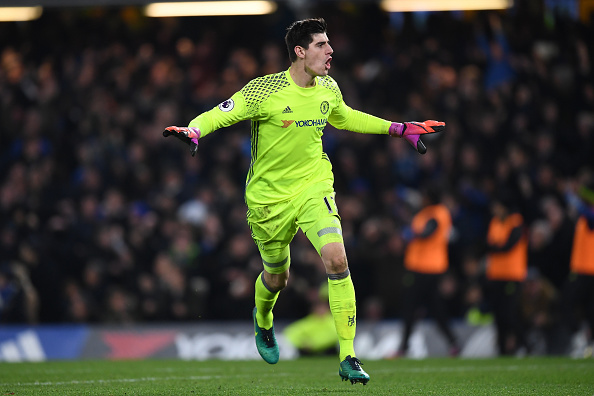 Belgian goalkeeper Thibaut Courtois has deleted the statement he released about his departure from Chelsea. The 26-year old will be moving to Real Madrid after completing a medical at the club. Courtois will sign a six-year deal with the club.

Following the confirmation of the deal, Thibaut Courtois released a statement on his Facebook page. The statement read, “Hello CFC Family. With these few words I would like to express my heartfelt gratitude for four fantastic years tear have passed. Chelsea FC will always have a special place in my heart. I was only nineteen years old when the club showed a great belief in my abilities. The fact that such a big club was already following me was like a dream come true. The decision to first send me away (to Atletico Madrid) helped me to grow into a goalkeeper fit for Chelsea FC.

When I returned, I was very happy to be part of one of the biggest teams in the world. I fulfilled a childhood dream playing in the Premier League, therefore I am really proud that we were able to win two Premier League titles, a League Cup and a FA Cup!

A huge thank you to all my teammates and technical staff over the past four years who I shared this success and amazing moments with, both on and off the pitch. The team would never be successful without the help of all the other members who are devoted to the players and the club, such as the medical deportment, kit men and all the others who I can’t thank separately!” 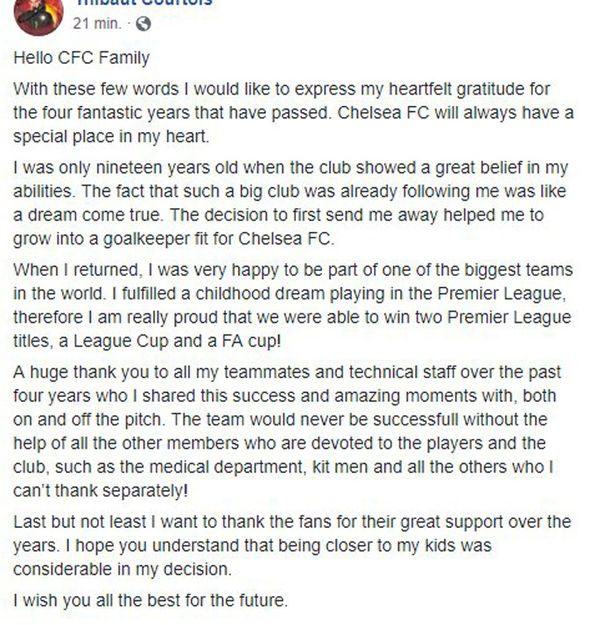 However, the statement is no longer present on the page.

Chelsea will be roping in Kepa Arrizabalaga from Athletic Bilbao at a transfer fee of £71.6 million which will make him the world’s most expensive goalkeeper. Arrizabalaga surpassed Alisson who was signed by Liverpool a few weeks ago.