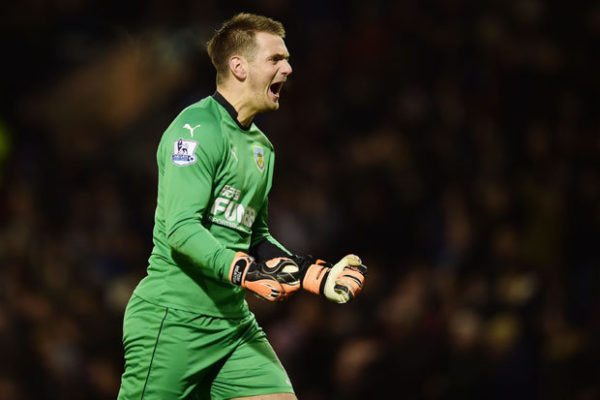 Burnley keeper Tom Heaton has refused to rule out an exit in the January transfer window.

The England international had lost his number two position to Nick Pope following a career threatening injury and the sudden emergence of Joe Hart has pushed him further down in the pecking order.

Hart has been a revelation since his £5m transfer from Manchester City this summer. The English international’s career seemed to have taken a deep dive downwards but this sudden transfer is likely to give a new shape to his football career.

Heaton was sidelined for a prolonged period due to a shoulder injury and has now lost his place in the starting lineup. The keeper has revealed he needs to have a regular game time or else he will have to find a new club in January.

“It doesn’t need a rocket scientist to see that it’s going to be difficult to fit us all in.

“Come the January transfer window, I’ve got to keep my ­options open. The one thing I’ve been consistent about in my career is moving clubs in order to play games.

“I felt really at it; back to 100 per cent [at the start of the season]. Then I picked up a slight calf injury and I ended up missing the Europa League games against ­Aberdeen.

“Popey played in them and then he suffered the same injury as me, so the manager decided he would bring in Joe Hart.

“Joe was thrown in against Basaksehir in the Europa League, [and] the manager then kept him in for the first Premier League game of the season at Southampton, which was frustrating for me.

“I can’t lie. That was tough. ­Obviously, I knew Joe well and have great respect for him, but, to be perfectly honest, I was ­expecting to play.”