Who are the best players to regularly be on the bench?

Sometimes it’s tough to get regular first-team football, and other times, it’s nearly impossible and for these 10 guys, they have struggled over the past 12-months and maybe even longer to get regular action for their respective clubs.

Whether it’s a recent move which hasn’t worked out, or if it’s just a player failing to make an impression, every club has a bench warmer.

However, when you are playing for a top, top team, the benches seem rather incredible, and this is what we are focusing on today.

SillySeason are going to look into the best bench warmers from the past few seasons.

Lets get the ball rolling then. 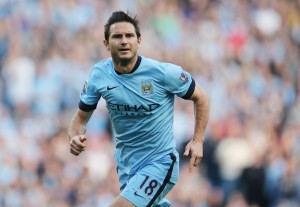 First up at number-10 is former-Chelsea and Manchester City midfielder Frank Lampard.

Now over his entire career, he would never be classed as a bench warmer, but after last season, he is certainly one of the best players to have spent time on a bench.

He agreed to leave Chelsea after his contract expired, and decided to join new MLS side New York City. However, he ended up on a season-long loan at Manchester City for the 2014/2015 campaign.

Due to City’s wealth of options in the midfield, the veteran was resigned to starting most games on the bench.

Forever a Premier League legend however for his incredible career.