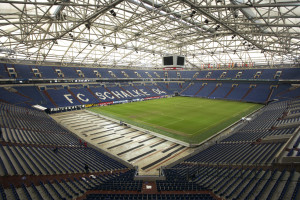 This is a stadium with a rich history and a stadium that’s been used for some glamour events, including the 2004 Champions League Final.

Not only did it host the Champions League final 11 years ago, it was also used for the 2006 World Cup. It’s also been used for the Speedway Grand Prix in Germany and also the Ice Hockey championships.