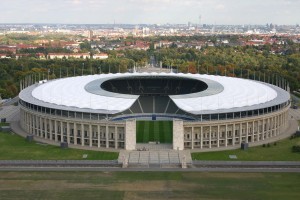 Olympiastadion Berlin is the third biggest stadium in the German Bundesliga. It’s the home ground for Hertha BSC and has been since 1963.

This stadium has hosted Olympics, Champions League finals and was one of the grounds used for the World Cup.