Which players have the most Premier League appearances?

With the 2014/2015 Premier League campaign over, it’s time to look back and what better way than to look at the most capped Premier League players of all time.

SillySeason are now taking a look into some of the footballers that have played the most games in England’s top-flight with the number-one guy playing nearly 700 times in the Premier League.

This is the perfect article to read for you football quiz lovers as this will almost certainly come up, so sit back and take a look into the top-10 most capped Premier League players. 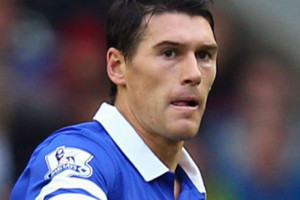 Kicking us off is Gareth Barry.

Barry is a former England International football player who made his name at Aston Villa before completing a big-money move to Manchester City.

After spending twelve years at Villa Park, Barry took the jump and joined Manchester City, after choosing to snub Liverpool, where he went on to win the FA Cup and the Premier League during the 2011/12 season.

Barry so far has made 562 Premier League appearances scoring a total of 50 goals and he is currently playing for Merseyside team, Everton.