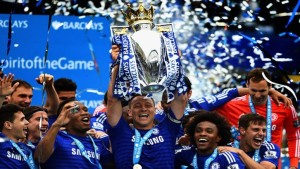 Chelsea Football Club dominate their London rivals Arsenal at almost everything and average weekly salaries is no exception. since the take over from Billionaire Roman Abramovich players on the squad now earn much higher wages, which is why it is easy to see why they make this list.

Chelsea average £85,600 per week and this makes them take eighth place on the list.